Dancing to the tune of Zanu PF – Zimbabwe Vigil Diary 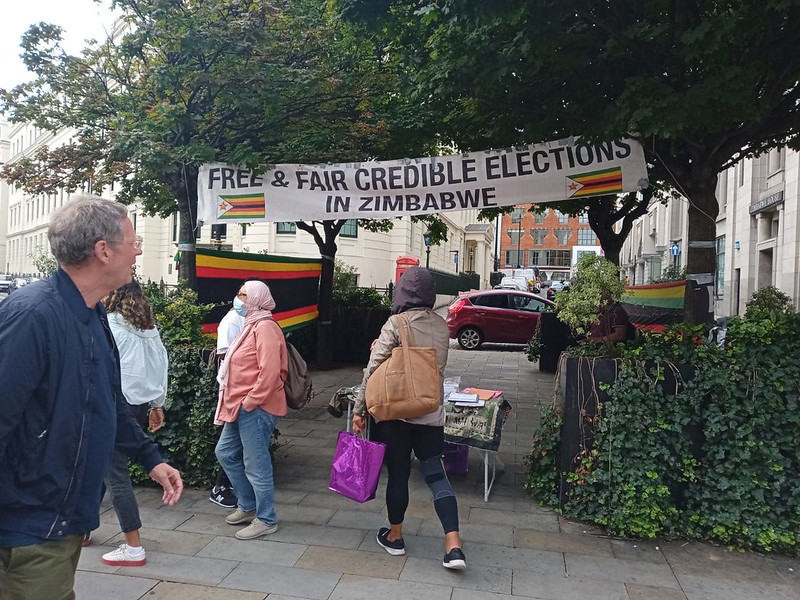 The government-run Political Actors’ Dialogue (POLAD), set up to represent the opposition, has shown how in tune it is with Zanu PF thinking by demanding more from the public purse.

The government recently gave POLAD 19 new vehicles but they are not satisfied. The leader of the minor party the National Constitutional Assembly, Professor Lovemore Madhuku, said POLAD leaders needed at least three vehicles each. ‘We accept that hospitals need to be rehabilitated but that should not hinder us from getting the vehicles’, he said (see: https://www.zimbabwesituation.com/news/one-vehicle-isnt-enough-for-polad-we-need-3-each-madhuku/).

The Anti-corruption Commission (ZACC) says corruption is rife in government parastatals and other entities, with those in charge of their oversight ‘sleeping on duty’. ZACC’s chair, Justice Loice Matamba-Moyo, said: ‘the government needs to urgently review powers of ministries over state enterprises and parastatals under their purview to stem this culture of looting’.

She said: ‘It is not a secret that corruption in Zimbabwe is rampant in all sectors of our economy.’ (See: https://www.zimbabwesituation.com/news/graft-rife-in-govt-zacc/.)

Former Finance Minister Tendai Biti noted recently that corruption had become entrenched and deep-rooted affecting every sphere of life in Zimbabwe. He said US$1.5 billion worth of gold was smuggled out of the country every year, US$3 billion in cigarettes, US$5 billion in illicit financial flows as well as ‘millions and millions of carats of diamonds’.

Biti spoke of a ‘pandemic of corruption’ saying Zimbabwe had become a criminal enterprise. ‘Zimbabwe’s roving bandits leave nothing for the ordinary person, they leave nothing for Zimbabwe . . . Zimbabwe is extremely poor yet it is generating billions of dollars and it is only them and their children who are eating’. (See: https://www.biznews.com/africa/2021/08/02/zimbabwe-corruption.)

The prominent journalist Hopewell Chin’ono observed despondently that Zimbabweans enjoyed being oppressed. Chin’ono is outraged by the popularity of a song praising President Mnangagwa by Congolese musician Koffi Olomide who recently visited Zimbabwe.

Chin’ono said Zimbabweans’ ‘stupidity is shown by their desire to dance to music produced by a musician hired using looted public funds to praise the looters’. (See: https://www.zimbabwesituation.com/news/chinono-zimbabweans-enjoy-being-oppressed/.)

The Vigil, outside the Zimbabwe Embassy, 429 Strand, London, takes place every Saturday from 14.00 to 17.00 to protest against gross violations of human rights in Zimbabwe. The Vigil which started in October 2002 will continue until internationally-monitored, free and fair elections are held in Zimbabwe: http://www.zimvigil.co.uk.