A statement made by Dexter Nduna in parliament yesterday is unfortunate, disgusting and exposes his party for what it represents.  24 hours later he has not corrected his statement, the MDC gave him a window period to appeal to his own conscience so as to realize that his rant was uncalled for. 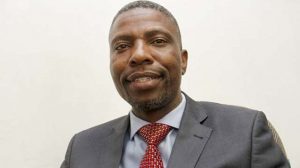 A member of parliament must be honorable in approach, this must include tolerance as opposed to revealing hate and even the hunger to take people’s lives.

Nduna must know that he is a beneficiary of daylight robbery, benefiting from incompetence on the part of the electoral commission and suspicious adjudication of the dispute. He must at least redeem himself by using the stolen privilege to push for progressive legislation not spew his dreams of firing squads.

The man probably wants to use parliament to make up for the time he should have been using toy guns as a young boy. Everyone missed something in their childhood, national institutions cannot therefore be used to compensate for such misfortunes.His utterances expose his misunderstanding of the supremacy of the constitution. A parliamentarian who pushes for legislation which is inconsistent with the constitution is not fit for purpose.

Section 48 of the constitution is clear on the imposition of the death penalty, “A law may permit the death penalty to be imposed only on a person convicted of murder committed in aggravating circumstances.”

We therefore condemn his attempt to scare Zimbabweans especially dissenting voices through a threat to bring an unconstitutional penalty especially for those who call for honest re-engagement which must be supported by reforms back at home.

We are aware that Nduna’s utterances which must be reversed are targeting a position on re-engagement which is mischievously labeled a call for sanctions for political expediency.

Anyone who wants to weaponise the law against dissent is an enemy of democracy.