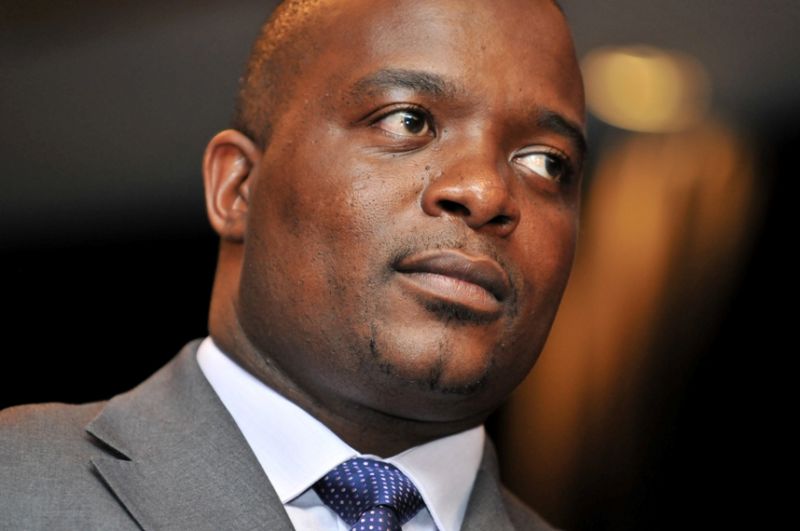 IN 2015, I argued that the economy was Zanu PF’s most virulent opposition.

The 2016 introduction of bond notes pegged to the US dollar saw the emergence of a parallel market for foreign exchange, owing to the shortage of foreign currency. Contrary to claims that bond notes would cure the budget deficit and address the liquidity challenges within the economy, they have actually had the opposite effect.
The bond note’s real exchange rate remains overvalued, undermining external competitiveness. It is absolutely valueless in terms of trade and the substitution of hard currency with bond notes has been a fraudulent act of the state. Government remains profligate despite talking up austerity. Until we reform the state and government, all economic efforts will be in vain. Our politics and governance is the problem and also a part of the solution.

The African Development Bank (AfDB) projects that Zimbabwe’s economic growth is expected to improve to an estimated 1% in 2018, from 0,7% in 2017, driven by stronger performance in agriculture, mining, electricity, and water.
Economic performance in 2018 has most likely been affected by political changes; real GDP growth is projected to be 1% in 2018 and 1,2% in 2019. Despite the social and traditional media spin from across Zimbabwe’s political divide, the economy continues to face structural challenges ranging from high informality, weak domestic demand, high public debt, weak investor confidence, and a challenging political environment.

The country has been experiencing a liquidity crisis for close to five years now, which is a consequence of structural deficiencies and distortions in the economy. Granted, the Mnangagwa government has made some modest progress in improving the business climate, but governance and accountability remain huge challenges. One of the biggest challenges is that Zimbabwe’s fiscal policy is still highly consumption-oriented, limiting fiscal space for capital and social expenditures.

The 2018 harmonised elections placed huge pressures on the budget, and the government is resorting to domestic borrowing to cover the budget deficit. Public domestic debt is, therefore, one of the biggest challenges post-election in Zimbabwe. The Zimbabwean government is officially a debt alcoholic.

National domestic and foreign debt is at an unsustainable level. Domestic debt sits at close to 44,31% and government continues to spend beyond budgeted expenditure and it resorts to borrowing to cut the budget deficit. According to the 2018 budget statement, Zimbabwe’s foreign debt is 42,6% of GDP and is expected to increase due to interest and penalties. The Zimbabwean government used its special drawing rights (SDR) to clear its debt arrears with the International Monetary Fund, and has put in place a debt arrears clearance strategy with AfDB and the World Bank(WB). Monetary financing of the budget deficit has led to sharp increases in money supply by about 24-26% in 2017/8. This continues to fuel inflationary pressures, as well as undermine banks’ ability to finance private-sector activities.

The most recent policy interventions by the Ministry of Finance triggered panic and frustration within the market.

Prices of basic commodities have skyrocketted and the shortage of foreign currency has triggered shortages of fuel and medicines. In real terms the policy interventions seem insensitive to the economic reality of both transacting rural and working urban Zimbabweans. The net effect will be a serious erosion of household income, savings and purchasing power. This, in turn, will have serious knock-on effects on social indices, not least employment, health, education, food and nutrition. Lawyer Tawanda Nyambirai captured the grim frustration of most business folk and employers when he opined that: “It feels like it is a crime to be an employer in this environment! This is one-sided austerity. We must brace for higher taxes, but no meaningful reduction in government recurrent expenditure.”

The external sector position is weak: net international reserves are less than 0,6 months of imports and continue to decline despite a clever attempt to rebase the economy. The investment environment remains unpredictable despite the recent so-called “big deals”. According to the World Economic Forum’s 2017/18 Global Competitiveness Report, the most problematic factors for doing business in Zimbabwe include: “Policy instability, inadequate foreign currency regulations, inefficient government bureaucracy, difficulties in access to finance, inadequate supply of infrastructure, restrictive labour regulations, and inefficient tax administration and regulations.”
Economics and governance
Development governance, or governance for development, is about creating a better future for members of a society through using the authority of the state to promote economic development, and in particular to catalyse structural transformation. Development governance is oriented towards solving common national development problems, creating new national development opportunities and achieving common national development goals. Zimbabweans have not yet agreed a social contract that spells out the common development goals. This is the first task towards economic recovery and structural transformation.
This is not simply a matter of designing appropriate institutions, but also a question of policies and the processes through which they are formulated and implemented. Which institutions matter is inseparable from which policies are adopted. Development governance is thus about the processes, policies and institutions associated with purposefully promoting national development and ensuring a socially legitimate and inclusive distribution of its costs and benefits. It is therefore about the State purposefully building certain institutions and using specific policies to bring about transformed economies that deliver social goods equitably and sustainably. It requires, of necessity, that there be system-wide coherence between social, economic and environmental policies in order to ensure that progress in one of these areas does not undermine the values and aspirations in the other two spheres.
Critical to this approach is the ability of the Zimbabwean State to orient national policies towards promoting structural transformation through a mix of macroeconomic and sector-specific productive development policies. It suggests, for example, that sector-specific policies should be directed to both agriculture and the non-agricultural sectors. That agricultural policies should aim to address the structural constraints limiting agricultural productivity and build up domestic demand in rural areas in the early stages of development. But these should be complemented by an industrial policy which fosters structural transformation both inter-sectorally and intra-sectorally. This policy mix should also aim at promoting capital accumulation and technological progress as the basis for dynamic structural change. This conception of “development governance” requires that policies should be geared toward developing productive capacities, expanding productive employment and increasing labour productivity, with a view to increasing national wealth and raising national living standards.
What are we missing?

There is a consistent attempt in all Zimbabwean cross-party and multi-stakeholder dialogues to win by dominance of a singular narrative or disintegrate on account of lack of unanimity. What is clear, though, is that this narrowing of focus to power politics has understated and even caricatured fundamental aspects of the required reform and reconstruction imperatives, which include addressing the following:
Capture of the Zimbabwean State, civic institutions, private sector and civil society by a small collusive elite
Class, gender and generational imperatives of the transformational change agenda. The 2018 elections and indeed the current historical conjuncture represented arguably the most opportune moment to achieve a generational shift or extensive mix between the liberation and non-liberation generations in Zimbabwe’s power matrix. In equity terms, the non-liberation generation holds and controls the highest proportion of the Zimbabwean economy from telecommunications to banking and financial services, construction and infrastructure, agriculture, mining, tourism and services. However, the military, bureaucratic and political control rests in the hands of the liberator generation. It is a generation made up of black men largely in their late 60s and above. These elderly men constitute less than 4% of the population. They are a glorified and aging minority.
There has been a progressive erosion of the real influence of three key change agents, namely: war veterans, organised labour and traditional students movements. One could add to this the now largely eclectic civil society and churches. In the absence of an organised and cohesive social based to mobilise citizens, the collusive elite referred to above can and will have a field day.
The resurgence of a virulent ethno-nationalist trait in the leadership succession debates both within the ruling Zanu PF and opposition suggests a return to a retrogressive anti-nationalist identity politics. Its historical antecedent was the regionalisation of politics within the patriotic front (PF). This process was accompanied by violence and betrayal from the 1960s to 1980s.
The cancer of “Bigmanism” and crisis of ideas amongst the leadership. The fulcrum of Zimbabwean political parties is the iconic leader at the centre of each party who seems to possess the political licence to ignore party constitutional parameters and decision-making processes or to dominate the same. Our political parties have very weak policy and logistical capacities, it is a discourtesy to even call them organisations.
A pervasive crisis of both citizenship and followership marked by populist and opportunistic political fads and preferences. This translates into the inability to hold leadership accountable, let alone to articulate evidence-based demands.
The lack of focus on the imperative to build a capable democratic developmental state and a developmental leadership cadre at all levels of governance.
A frightening level of economic illiteracy in parliament, amongst political party, church and civil society leaders.

There has been a discernible shift towards instrumentalism in Zimbabwean political discourse and yet a significantly anti-intellectual orientation at the core of most of the political parties. What began as an expression of pragmatism within political parties to ensure the inclusion of “organic” and not just “bookish” intellectuals has degenerated into minimalistic and populist celebration of mediocrity.
The prospects of any meaningful role for Zimbabwean political parties in the country’s transition, reform and reconstruction will depend very much on their ability to redirect and surmount the growing ideological and ethical dirt pits within and around them. It will also depend on their ability to build meaningful policy and statecraft capacities to deal with an increasingly complex and globalising economy .
The experience of the 2018 election showed that, outside of state-funded programmes, political parties seem to have lost their programmatic nature and turned into ephemeral election machines. In the main, political parties have stopped “making politics” and survive on buying votes, populist interventions and harvesting citizen outrage.

They have serious ethical and ideological contradictions. Sadly, transformation in and of Zimbabwe cannot be transacted in an ideological and ethical vacuum.

Kagoro is a lawyer. He was instrumental in the formation of Crisis in Zimbabwe Coalition. He has served as a consultant for several regional organisations including the African Union Commission, The New Partnership for Africa’s Development and the United Nations Economic Commission for Africa. He has published a number of articles on Zimbabwean and world politics.