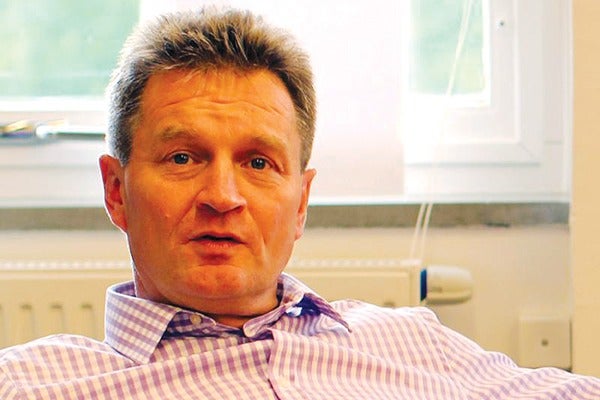 PRESIDENT Emmerson Mnangagwa yesterday threw away diplomatic etiquette and publicly took on European Union ambassador Timo Olkkonen head-on after latter made insinuations over the deteriorating human rights abuses in Zimbabwe at the official launch of the anti-corruption awareness campaign yesterday.

Mnangagwa censured Olkkonen for raising the issue of abuse of human rights and police clampdown on civil society at a platform where all attention was supposed to be directed on corruption and the Zimbabwe Anti-Corruption Commission (Zacc).

“Your Excellency, you referred to human rights, however, this platform was for corruption. I urge civil society to restrict themselves to their mandates. The rule of law observance is not needed for the purposes of
pleasing other countries, we need it because it is proper for ourselves,” he said.

Accused of leading a ruthless clampdown on opposition and civil society activists over the past weeks leading to the August 16 demonstrations by main opposition party MDC, an unflinching Mnangagwa warned those who
broke the law will be dealt with.

The EU on Tuesday issued a strongly-worded statement against alleged abductions, torture and assault of persons in Zimbabwe by alleged State security agents, buttressing this position in his speech during the launch, Olkkonen laughed off allegations made by government that his mission was violating the Zimbabwean Constitution.

“Corruption is also mentioned in Zimbabwe’s Constitution, section 9 and I quote ‘measures must be taken to expose, combat and eradicate all forms of corruption and abuse of power by those holding political and public offices’. My diplomatic mission together with others were recently accused of ignoring the importance of upholding the Constitution and the rule of law, I can assure you Your Excellency nothing could be further from the truth adherence to the Constitution is, together with the Cotonou Agreement that binds the EU and Zimbabwe together where corruption is also mentioned, the basis of EU’s co-operation in Zimbabwe. Unfortunately, we are witnessing these days several developments that put constitutionalism and the respect for the rule of law in question. People’s civil rights such as the right of assembly, and the right to peacefully demonstrate and petition and also the right to due legal processes when suspected of crimes must be respected. Zimbabwe must show that it genuinely has made a break from the past,” he said.

Olkkonen said that there was widespread corruption in Zimbabwe and more should be done to combat it than mere words, saying a wider democratic space would enhance the fight.

“Civil society and citizens have a key role to play in fighting corruption through monitoring government actions, whistleblowing, demonstrating, petitioning, among other actions. They should be afforded the democratic space to fully participate lawfully and peacefully without unnecessary restrictions, without being killed, unlawfully arrested and detained,” he said.

“I have earlier mentioned that corruption is widely spoken about, it is also widely practised, or perceived to be rampant to the extent that some Zimbabweans who interact with public institutions, like the courts, passport office, immigration and police admit that it is difficult not to be corrupt when interacting with them. Apparently, corruption is a key factor in accessing public services, this is sad,” he said.

The EU exposed government duplicity saying it is them who have been funding some of its operations committing a budget of €14 million.

“The EU has firmly been calling for transparent and accountable governance in Zimbabwe, not only have we called for it, we have been financially supporting it through various projects. Since 2015 through the eleventh [European Development Fund] EDF, the EU has been supporting various State institutions, in particular justice institutions most of whom are present here even when political will in government was almost non-existent,” he said.

Justice minister Ziyambi Ziyambi also took pot shots at the EU ambassador saying the sanctions imposed by the West on Zimbabwe must go as they were a twin evil with corruption. He called on Olkkonen to join the anti-sanctions call.

After the diplomatic tiff President Mnangagwa turned to addressing corruption, saying Zacc had the powers to deal with abuse of power.

“Zacc is mandated among other matter combat corruption theft, misappropriation abuse of power and how the improper conduct in the public and private sectors. Public funds must be used for public purposes and never for personal gain, equally must State authority be exercised for the benefit of the people never as a tool for personal benefit or the benefit of clicks and cartels,” he said.

The President called on public officials to have introspection measures to ensure that the nation benefits more.

“As public officials we should impose stricter discipline on ourselves individually and collectively for the good of our fellow citizens. Let us pledge to increase our honesty and efficiency and fairness in the manner we conduct government business,” he said.

Previously perturbed by the acquittal of people alleged to be corrupt by the courts, Mnangagwa called on transparency in all the processes of dealing with cases of corruption.

“There should be a complete circle in fighting corruption, the investigation gathering of evidence of corruption, its prosecution before judges and the keeping of convicted persons in prisons, the entire chain should have integrity. As a listening President I have directed the granting of arresting powers, to the Zacc which was not there before to demonstrate my seriousness of fighting against corruption. The newly acquired teeth – crocodile teeth – in dealing with cases involving high level corruption must be used without fear, prejudice or favour and ensure that all perpetrators are brought to book,” he said.

He called on the Zacc not to pursue personal agenda’s while discharging their duties, but to act responsibly.

“Zacc chairperson and your commissioners I appeal to you not to use these powers to settle scores, all your actions must be with integrity and transparency and accountability,” he said.