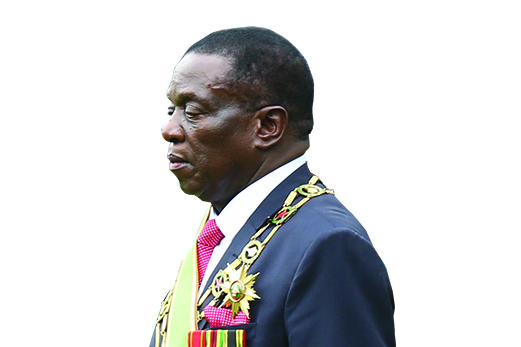 A HARARE-BASED self-styled political consultant has taken the ruling Zanu PF party to court for allegedly “stealing” and implementing an election campaign concept document he had designed for President Emmerson Mnangagwa, before resolving the payment issues.

Timothy Mapfumo, who is demanding $1,5 million damages, claimed his concept dubbed The Many Faces of ED, was meant to rebrand Mnangagwa and portray him as a reformed Zanu PF politician on a mission to undo the damage caused by his predecessor Robert Mugabe.

Through his lawyers Matutu Mureri Legal Practitioners, Mapfumo claimed that when he submitted the concept paper to the Zanu PF commissariat department in March this year, party officials took him to several offices before advising him that they would contact him, but later became evasive.

In papers filed at the Masvingo High Court yesterday, Mapfumo claimed damages to the tune of $1,5 million for use of his concept document and alternatively an interdict order to stop further use of the ideas until the matter has been resolved.

He cited Zanu PF and Clantorn Mpengesi, an official in the party’s commissariat department, as respondents.

Part of the application read: “On March 21, 2018, plaintiff (Mapfumo) through an email released the concept document to the second respondent (Mpengesi) and the concept document is attached hereto as annexure ‘A’. The document/concept in essence portrays the many faces of ED (Emmerson Mnangagwa) as he represents: RE- Engagement, No to corruption, indigenisation, command agriculture and youth jobs among other areas of interest.

“After forwarding the concept document to the second defendant, the said defendant wrote to plaintiff acknowledging the same document as a key one and by the end of day (21/03/18) a response would have been given as to the way forward. However, the second defendant became evasive (sic). An attempt to reach him on March 27, 2018 produced the following response “I am in a meeting on the matter, will update.” Never again did the second respondent ever got in touch with plaintiff.

“The second defendant became evasive and eventually disappeared from the scene together with the concept document. However, to plaintiff’s surprise, the concept was implemented through billboards carrying the message of the many faces of ED. The television programmes flighted adverts and other materials showing the many faces of ED and the first defendant’s messages at its campaign rallies followed suit. In particular, the address by comrade Lewis Matutu (youth league deputy secretary) on May 17, 2018 which is captured on various social media platforms including YouTube is a typical example of how the concept had been adopted and popularised without the full knowledge of the plaintiff.”

Mapfumo added that after realising that he had been duped, he wrote to Mnangagwa’s office on May 28, culminating in an urgent commissariat meeting to investigate the matter.

“A meeting was convened with one comrade Chipanga at the instance of first defendant’s commissariat department to verify plaintiff’s claims and indeed at the meeting the probe established that the concept belonged to the plaintiff in view of the documentary proof tendered thereof. The publicity team from Dr Dish the plaintiff had assembled to promote the publicity concept attended the meeting with comrade Chipanga.

“Up to date, the second defendant has not been on the scene to explain how the concept ended up being implemented without finalising the payment issues. Meanwhile, the first defendant is equally evasive and is bent on frustrating the plaintiff from receiving his dues.”

Mapfumo claimed Zanu PF in April offered him a free stand to exhibit his concept at the Zimbabwe International Trade Fair in Bulawayo, but he turned down the offer because he felt the gesture “was an insult of the greatest level”.

He said he had revised his charges downwards from $2 million to $1,5 million because he had not had an opportunity to personally implement his original ideas.

“From the attached concepts, our client had submitted as well the budgeted which totalled two million dollars ($2 000 000). Cognisant of the fact that the project has not been implemented as per the original plan, thereby not reaping the desired results, our client is prepared to revise downwards the level of his financial loss to $1 500 000.”

“If he is talking about litigation, his lawyers know where to go and we will meet them in court. We will also refer the matter to our lawyers,” he said.