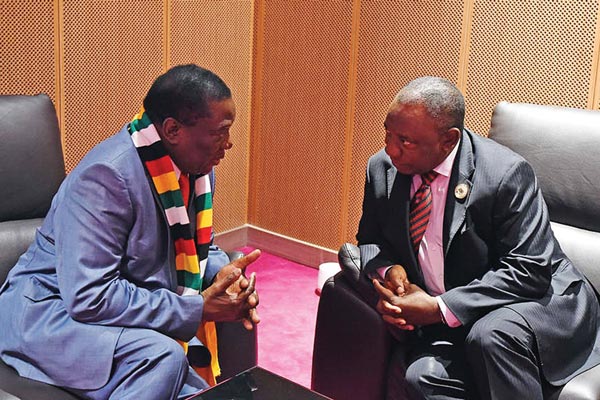 President Emmerson Mnangagwa yesterday said he will tomorrow meet his South African counterpart, Cyril Ramaphosa, to discuss the possibility of importing more power from the neighbouring country in view of the current critical shortage of electricity in Zimbabwe.

Speaking at a national clean-up campaign in Domboshava yesterday, Mnangagwa said the current shortage of electricity was caused by low levels of water in the Lake Kariba, resulting in reduced generation.

He said despite the commission of the Kariba South power station which added an additional 300MW to the national grid, there have not been significant inflows of water into the Lake this year due to a drought.

“I will meet South Africa’s President Cyril Ramaphosa to discuss if we can get more electricity from Eskom. If we succeed in the negotiations, the situation will greatly improve,” Mnangagwa said.

Zimbabwe this week paid US$10 million to Eskom to reduce its huge debt with the South African power utility.