EDITORIAL COMMENT: Cash crisis will not just go away

Source: EDITORIAL COMMENT: Cash crisis will not just go away | The Financial Gazette May 10, 2018 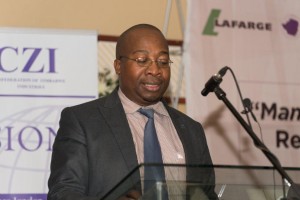 ABOUT seven weeks into the tobacco selling season, Zimbabwe’s cash crisis has not shown any signs of significant improvement, if any at all.

While the trend has been that the country’s liquidity situation normally stabilises around this key agricultural and trading season, it is common cause that bank queues are still evident in much of Harare and other areas.

Much as it is possible that demand for hard currency may have tapered off on the back of plastic money use ― estimated at 95 percent in the first quarter by the Reserve Bank of Zimbabwe (RBZ) ― it is this worrying trend that needs a holistic approach to our deep and underlying structural economic problems such as adopting the use of the rand.

“We are very happy with the phenomenal increase in POS (point of sale) machines to 70 000 to date from around 56 000 at year end last year,” RBZ governor John Mangudya was quoted as saying recently. “Of the 371 million transactions carried out in the first quarter of 2018, 368 million were POS and mobile payment transactions. This indicates that 95 percent of our traders have now embraced plastic money,” he continued.

However, Zimbabweans are being fleeced through three-tier pricing and high merchant or POS charges amid revelations that some retailers are charging as much as 30 percent when consumers make electronic purchases.

The goods, meanwhile, are considerably cheaper when one uses hard cash, especially American dollars, which very few Zimbabweans have access to.

And this is despite the fact that President Emmerson Mnangagwa’s government has outlawed the multi-tier pricing regimes. However, government’s half-hearted attempts and threats of prosecution have gone unheeded by these recalcitrant traders.

Meanwhile, the streets of Harare and other cities and towns are teeming with hordes of illegal money dealers openly displaying huge wads of cash. Again there have been lukewarm attempts to rein in this illegal trade. All this cash should be in the banks, not the streets.

The government’s rather tepid approach to this huge problem leaves a lot to be desired. We would have expected it to descend with a heavy hammer on these unscrupulous traders but all we have heard so far are half-hearted warnings to crack down on them.

Thus, renewed calls recently by Sifelani Jabangwe’s Confederation of Zimbabwe Industries to adopt the rand are not only in sync with a desire to solve these endless cash shortages, but one of the key strategies needed to reduce the cost of doing business in this country and stabilising the economy.
We are thus faced with a situation where government will not heed advice from economists and other experts to adopt use of the rand but seems to have absolutely no solution to the cash crisis.