When The Herald crew arrived at the scene around 9 am, police and fire fighters were still retrieving bodies from the bus while the injured were being taken into two ambulances. Pictures by Freedom Mupanedemo

EIGHT people died while 31 others were injured when a Zupco bus collided with a fuel tanker early this morning near the 168km peg along the Harare-Bulawayo Road.

The accident occurred between midnight and 1 am today.

Police are still conducting investigations and the injured were taken to Kwekwe District Hospital. 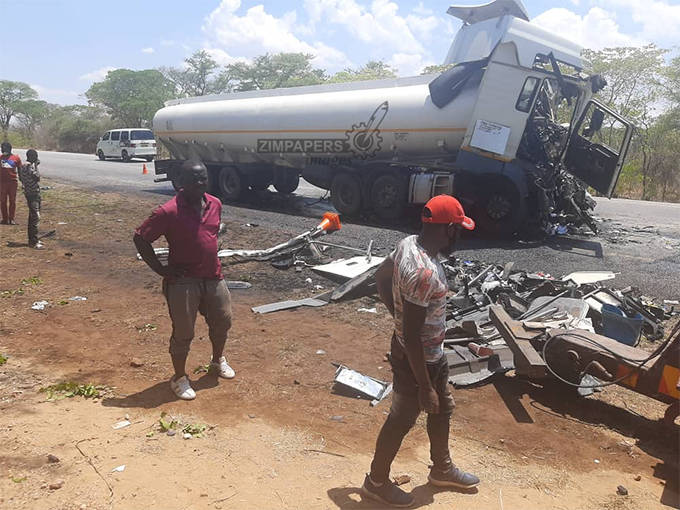 “The ZRP reports the death of eight people in a fatal road traffic accident which occurred at the 168km peg along Harare-Bulawayo Road between midnight and 1 am when a Zupco bus had a collision with a tanker.

“Thirty-one people were critically injured and are admitted at Kadoma General Hospital. More details will follow,” he said.

Meanwhile, police are appealing for information which may assist in investigating a road traffic accident which occurred on November 12, 2021 at ZRP Chitungwiza New Camp bus stop.

An unregistered kombi had a side swipe with a Dragon GD Zupco bus.

The kombi driver did not stop after the accident.