Euphoria turns to harsh reality for Zimbabweans in just a yea

ON November 18 last year, thousands of Zimbabweans took to the streets of the capital Harare in a peaceful show of support for the deposition of President Robert Mugabe. 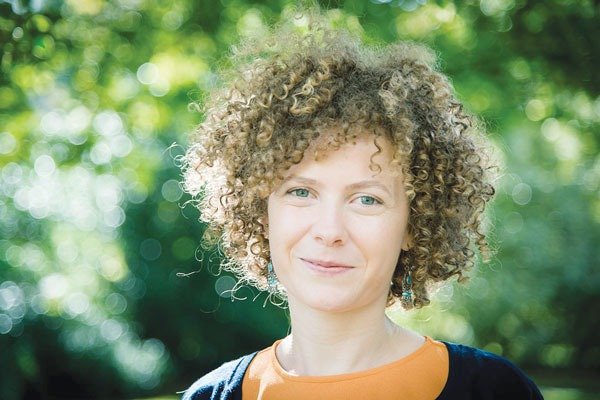 After 37 years of Mugabe rule, Zimbabweans were overjoyed to see an end to his totalitarian leadership and hoped the economic troubles that had beset their country would ease.

A year later, that euphoria has given way to harsh realities. The economy is deteriorating further and corruption and decades of gross mismanagement, combined with United States sanctions, suggest a tough road ahead.

Eyes have turned to current President Emmerson Mnangagwa, who worked closely with Mugabe, but moved against him after being dismissed as Vice-President in early November 2017.

Within weeks, supported by Zimbabwe Defence Forces Commander Constantino Chiwenga, Mugabe was forced to resign before Mnangagwa returned in what Chiwenga and Mnangagwa referred to as a “democratic correction”. Mnangagwa was sworn-in as President later that month.

Zimbabwe’s economy was in tatters and the Zanu PF regime’s human rights record was atrocious.

Mnangagwa and Chiwenga played key roles in the politically-motivated massacres that took place in the south of the country during the 1980s and did not inspire confidence.

In January 2018, Mnangagwa declared “Zimbabwe is open for business” at the World Economic Forum at Davos in Switzerland.

Since the days of hyperinflation in the 2000s, Zimbabwe’s economy has lurched from one economic crisis to another, punctuated by short periods of stability.

Having adopted the US dollar in 2009 in an effort to end hyperinflation, in 2016 the Reserve Bank of Zimbabwe released bond notes which were, initially, tied to the US dollar.

However, the diminishing supply of cash dollars due to lack of foreign investment has meant that cash withdrawals have been limited at times to as little as $30 in bond notes.

The result has been a nearly cashless economy which has taken a sudden downturn in recent weeks. Basic commodities are in short supply as customers panic-buy, and the black-market rate of exchange is increasing.

The background to this economic downturn is Zimbabwe’s land reform programme and the US-imposed Zimbabwean Democracy and Economic Recovery Act (Zidera).

In 2001, white-owned farms across the country were seized as part of a land reform programme.

Ten million hectares of the country’s richest agricultural land was redistributed from the hands of 4 500 white commercial farmers to about 169 000 farmers identified as indigenous.

Land reform had two major effects on the economy. The first was a decline in agricultural exports, particularly tobacco.

Lack of government support for new farmers and the demise of companies that produce agricultural supplies meant that until this year, commercial tobacco sales, among other export crops, were significantly lower than before the land reform.

This reduced the amount of foreign currency coming into the country. Zimbabwe also now has to import a significant amount of food.

The second effect was the imposition of Zidera. Enacted in 2001 at the height of the land seizures, the policy aimed to support “peaceful democratic change” and a return to the rule of law.

It prevented Zimbabwe from accessing funding from the International Monetary Fund and the World Bank by removing US backing for such support. Zidera was renewed by the Donald Trump administration only a few months ago.

While the overt purpose of Zidera has been to re-instate free and fair elections, the requirement that white farmers be compensated for their loss of property has been added, an estimated cost of $30 billion.

In the most recent elections (July 2018), Mnangagwa won a narrow 50,8% of the vote against MDC Alliance candidate, Nelson Chamisa.

In the last years of Mugabe’s rule, a number of smaller independent opposition social movements emerged.

These were mostly based in urban centres and appealed to the large population of disenfranchised youth, active on social media and tired of being unemployed and unable to afford basic commodities.

One reason for the plethora of candidates was the sense of democratic possibility following Mugabe’s resignation.

Another was the result of fractures within the opposition MDC.

The MDC was founded in 1999, with Morgan Tsvangirai as its leader. It emerged from a coalition of civil society groups, trade unions and student movements campaigning against a new referendum that further entrenched Mugabe’s presidential powers.

The MDC first split in 2005 and has seen further divisions since then.

In 2016, Tsvangirai appointed Nelson Chamisa and Elias Mudzuri as his deputies — an undemocratic move for which he received heavy criticism.

Chamisa was later appointed leader of the MDC-T and entered the 2018 presidential election as head of the MDC Alliance — a bloc of seven political parties.

The pre-election atmosphere in Zimbabwe was striking for its lack of violence.

Reports suggest that parties were able to campaign freely and peacefully for the first time since independence in 1980.

However, there remained an acute Zanu PF bias in the media as well as persistent allegations of voter and candidate intimidation.

Parliamentary results were declared immediately but it took four days for the presidential vote to be announced.

In that time, Chamisa’s supporters took to the streets claiming election fraud. Six civilians were killed by army personnel for protesting against the delay.

Mnangagwa was declared President and Chamisa is now being charged with inciting post-election violence.

The need for at least a show of democracy and the rule of law might be enough to keep political violence in check but Zimbabwe’s economy has taken a plummet once more.
Whether the solution is internal change or sanctions being dropped, it is ordinary Zimbabweans who will pay the price.