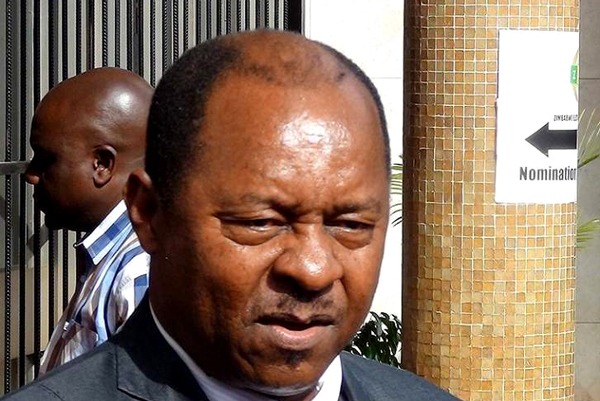 FORMER Health minister Obadiah Moyo, who was being accused of criminal abuse of office, has been acquitted by the High Court.

Moyo appeared before Justice Pisirayi Kwenda yesterday who upheld his application for exception after it was found that the charges were not clear.

He was represented by Tawanda Zhuwarara.

Zhuwarara argued in his application for exception in terms of section 179 of the Criminal Procedure and Evidence Act, that the framing of the State outline did not disclose an offence.

Zhuwarara further argued that the charges were not clear on how the former minister influenced the awarding of tender to Drax International when the tender processes were done by the Procurement Regulatory Authority of Zimbabwe (PRAZ).

The State, led by Garudzo Ziyadhuma, however, admitted that the charges were not clear and did not disclose how he influenced the tender procedure.

In the application for exception, the defence also proved that the tenders were done by PRAZ, the permanent secretary of the Health ministry and the National Pharmaceutical Company of Zimbabwe.

They all did not specify the former minister’s role in awarding of the tender.

Justice Kwenda upheld Zhuwarara’s application after the State and the defence counsel agreed that the charges were not clear.

The court heard that Moyo allegedly influenced the awarding of a US$60 million tender to
Drax International, fronted by Delish Nguwaya, which is headquartered in the United Arab
Emirates.

The tender was concluded without PRAZ’s approval.

The State had alleged that Moyo influenced the awarding of the tender to Drax International, which sold COVID-19 drugs and personal protective equipment to the government at inflated
prices.