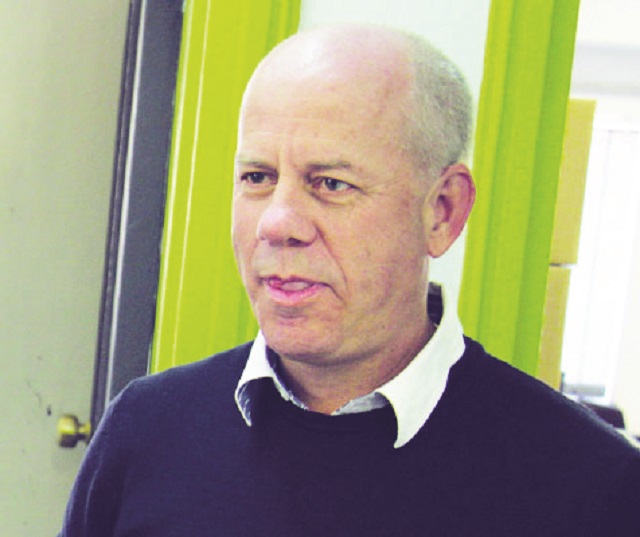 Archer Clothing Manufacturers is one of the country’s most successful stories of a company that was forced to close shop due to the effects of hyper-inflation but has managed to come out of the woods to attain profitability in the shortest period of time.

Archer Clothing Manufacturers managing director Mr Jeremy Youmans said the company was at an advanced stage of commissioning 10 new production lines but the shortage of foreign currency was threatening to derail the project.

“We are operating 41 production lines between Harare and Bulawayo. We are about to finalise the commissioning of 10 new production lines in Bulawayo but whether we are able to fully staff these will depend on our access to forex to import the raw materials and capital equipment needed. We have set up training schools in Harare and Bulawayo, but are unsure at this stage if we can guarantee jobs for the graduates due to the extrication we have on forex,” said Mr Youmans.

After creditors of Archer Clothing Manufacturers approved its take-over by Harare-based Paramount Garments in 2015, saving it from liquidation, the company had projected to employ 850 workers by year 2016. However, in 2016 it was forced to retrench 400 of its 631 workers and was further forced to reduce its working days from five to four a week as its business fortunes continued to slide due to a drop in local orders and export competitiveness which had constrained its ability to grow export orders. Foreign currency shortage has also impeded on the company’s efforts to commission additional equipment for its diversified leather products operations, which was due this month.

“We have not yet sourced the additional equipment as we do not have sufficient foreign currency to procure imported equipment and we are yet to find suitable equipment locally. In the meantime our capacity is constrained which is unfortunate as we have enquiries to export 80 to 100 percent of the full capacity once we are able to supply. We have bottle necks in the production process and we have not been able to employ the additional staff to finish the leather products. We are discussing this with our bankers and RBZ and hope to get some resolution in the near future,” said Mr Youmans.

He said a further restriction was threatening the company’s growth in the form of the imposition of Statutory Instrument (SI) 163 of 2017, which hiked the duties on cotton and poly-cotton fabrics from 10 percent to about 90 percent.

“This is an issue not just for us but for the whole clothing industry. The basis of this hike in duties makes no sense to anyone and is a severe threat to most of the 90 clothing companies still operating, and for those solely reliant on cotton fabrics, it is fatal and their future survival is impossible as locally produced cotton fabrics are only available in a small part of the range of all cotton fabrics required and none of the poly-cotton fabrics are made in Zimbabwe.

“For those who can still survive paying such penal duties, they will be forced to increase their prices by about 50 percent purely to recover the increased duties. This is at a time we are being told by Government that the private sector must stabilise prices and then reduce them. The reality is that such ridiculous rates of duty just incentivise the import of finished garments such that no local production will be done . . . ,” said Mr Youmans.

He said numerous products are made from cotton fabrics whose duty had been hiked including some school wear.

“Neither the clothing industry nor the textile industry supports this duty structure and as such it needs to be removed, as it is an impediment to growth, value addition and employment. The greatest effect is in the SMEs who are the life blood of the industry,” said Mr Youmans.

However, on the positive, the company grew its exports by 47 percent last year compared to the previous year.

“We grew our exports by 47 percent last year versus 2016. Combined with the growth in our local market this enabled us to employ an additional 600 people, mostly in Bulawayo. We have targeted growing a further 66 percent in 2018 which translates to employing a further 900 people, again mostly in Bulawayo. To achieve this we have forecast a 100 percent growth in exports,” said Mr Youmans.

He said the company was not receiving sufficient foreign currency allocation from the Reserve Bank of Zimbabwe.

“However, although we are receiving support from RBZ via the spot incentive, we are constrained in the access to sufficient forex to fund the working capital and capital expenditure for this growth to materialise. We are buying as much raw materials as we can locally and are doing this strategically, even when it does not appear to make sense economically, as we recognise the need to develop local supply chains for the long term, albeit at cost in the short term,” said Mr Youmans.

He said payment of imported raw materials and capital equipment was being demanded in advance. The company exports its textile products in the region, Sudan, Kenya and Germany and making efforts to explore the United States of America (USA) market.

“We also are pursuing enquiries from the USA and want to develop the European market. We are restricted in supplying the US market due to lack of access to duty free quota free supply as we have not been included as a member of AGOA (African Growth and Opportunity Act). The European market does allow duty free quota free access via the Economic Partnership Agreement we have with them, but it is highly price competitive. The country needs to market its social responsibility advantage as a way of competing in Europe who is the biggest buyer from some of the poorest standard clothing industries in the world,” said Mr Youmans.

The company is also in the process of marketing its leather products in the region.

“We have marketed the goods in the region and particularly South Africa and have some confirmed orders. We have enquiries suffice to take our full production for export orders once we get our capacity up,” said Mr Youmans.