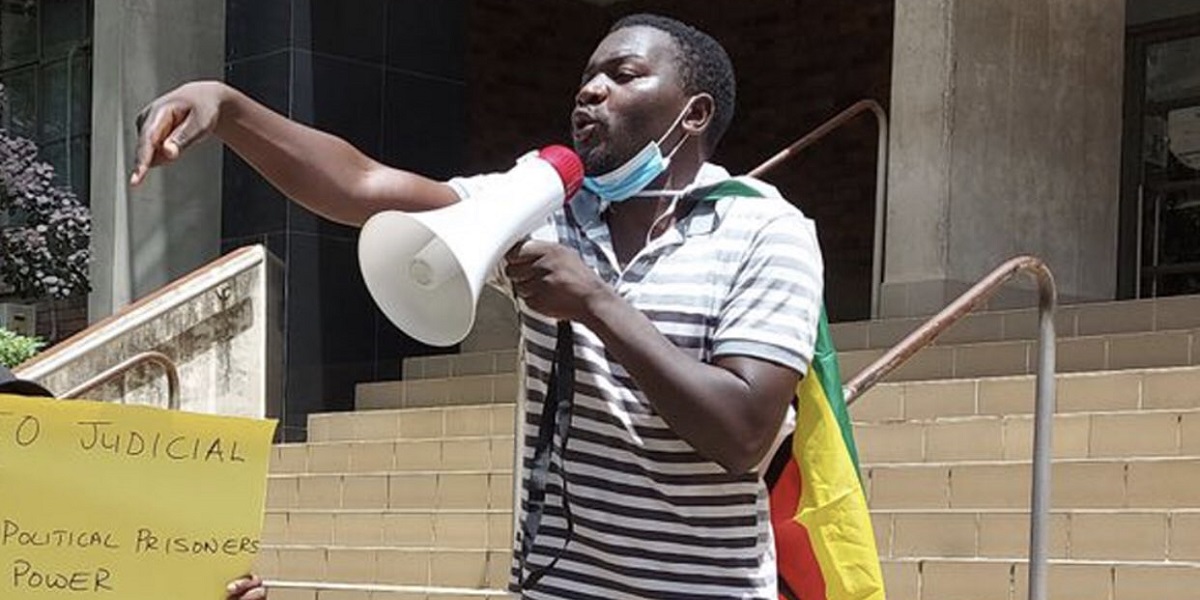 Opposition MDC Alliance led by Nelson Chamisa has escalated the detention of its members to the United Nations in a bid to compel the Zimbabwean government to uphold the rule of law.

MDC Alliance approaches the United Nations after its activist Makomborero Haruzivishe was sentenced to serve an effective 14 months in prison. We present the party’s statement in full below.

The MDC Alliance is extremely concerned by the Mnangagwa regime’s penchant to commit crimes against citizens and violate human rights with impunity. We condemn the regime’s intensified clampdown on dissent and its abuse of the courts to punish innocent people. Given his bad record of human rights abuses. Mnangagwa has no capacity or willingness to preside over a competent system that can effectively deliver justice and protect rights hence the increase in:
1. Administrative and judicial practices where activists are subjected to lengthy, unjust and undue pre-trial detention which is a departure from international standards on arrest, investigation and trial procedures:

2. Unfair trial, conviction and imprisonment of activists and political leaders for their non-violent exercise of internationally recognised human rights;

3. The vague formulation of certain legal provisions which enables them to be applied selectively so as to penalise activists for the non-violent exercise of their human rights; and

4. A departure from the UN Standard Minimum Rules for the Treatment of Prisoners (The Mandela Rules).

Our concern relates to widespread abuses. However, we highlight certain matters that have particularly brought this injustice to the fore and through which the regime has further entrenched these practices. These matters are those concerning Makomborero Haruzivishe, Cecelia Chimbiri and Joana Mamombe who are currently illegally imprisoned since March 2021 as well as Tinashe Bwanaisa, Rakeshi Marufu, Collin Faison, Tafara Mafunde, Farai Chidziva and Trust Nyamado who are serving five-year jail terms for participating in a protest in January 2019.

While we continue to challenge the court’s partial understanding of the facts, we are aware that the detention of Makomborero Haruzivishe and others is solely on the basis of their political beliefs as well as their non-violent exercise of freedom of thought and conscience and other rights and freedoms guaranteed by the ICCPR thereby making it criminal and undue.

We make an urgent call on

2. The Zimbabwean Government for the Immediate and unconditional release of all political prisoners and prisoners of conscience and the nullification of their charges which are clearly punitive measures against their peaceful exercise of their human rights

3. The United Nations to launch a rather urgent, thorough, impartial and effective investigation into the abduction and torture of Cecilia Chimbiri, Joana Mamomhe and Netsai Marova. An outstanding criminal act of injustice which has also become the source of the repeated arbitrary imprisonment and harassment of the three.