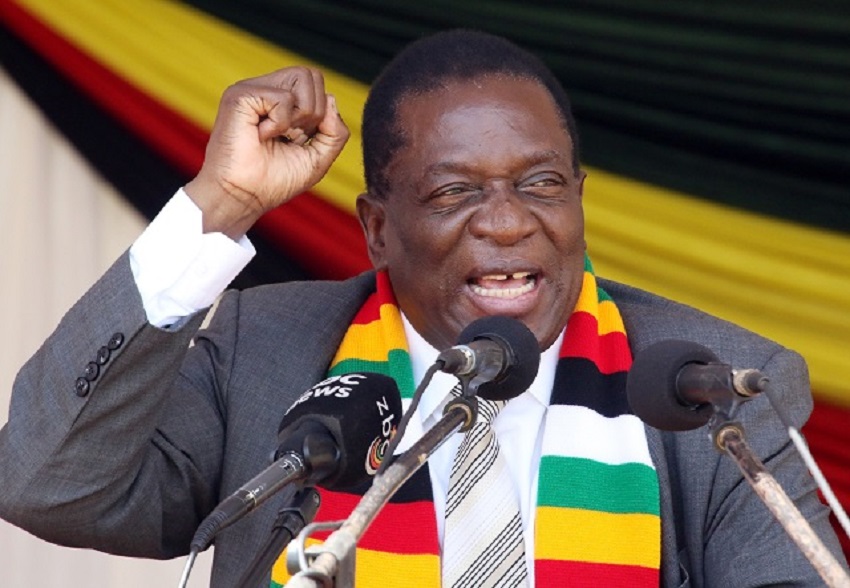 Tendai Mugabe in Marondera
Zimbabwe does not regret embarking on the land reform programme, which attracted debilitating economic sanctions from the West, because it is a principled nation that knows its destiny, President Mnangagwa has said.

He, however, said the land reform exercise was a closed chapter as Zimbabwe was now focusing on consolidating the programme through mechanisation. President Mnangagwa made these remarks when he addressed thousands of Zanu-PF supporters at a rally outside Rudhaka Stadium here yesterday.

He said the flagship programme driving agricultural mechanisation was Command Agriculture, which has since been broadened to cover livestock, cotton and soya beans, among others.

“Sanctions were imposed on us in 2000 because we had resolved as Zanu-PF in 2000 to repossess our land. They (Commonwealth) said you should not do that and we said no to Commonwealth. We repossessed our land and redistributed it to our people. Now we are in the process of auditing the land to see if those who got the land deserved it and that there are no multiple farm owners.

“In cases where one family has more than one farm, we will repossess the other farms and give to others. We need transparency and fairness in the distribution of our land. We have a land commission (Zimbabwe Land Commission) which is moving around auditing land ownership. Once they produce their report, we will be able to see how our youths and women who have not benefited can also own land,” he said.

“Secondly, for almost 20 years, we have been in isolation because of the sanctions, but we don’t regret that sanctions were imposed on us because we are a proud people, we are a proud nation, a principled people. We know what we want, we know our destiny, and we know where we want to go. If you go against us, we are against you.

“We are saying the land reform is behind us and we are only consolidating it. What we are now saying is that our agriculture must be modernised, must now be mechanised, must now make sure that much of our agriculture is under irrigation. Once we do that, we will be sure that we can always be guaranteed of good harvests even during drought periods.”

President Mnangagwa continued: “Under that model, which we have introduced — the Command Agriculture model and the Presidential Input Support Scheme — we are achieving this objective. We now have two years implementing these programmes and we are saying bye bye to poverty.

“We are now our own masters and making our land productive. How do we make our land productive? Government should support farmers. We empower the farmer at every level and there are two categories: those on Command Agriculture Scheme we empower them, and those who are not on that scheme, about 1,8 million households, we support them freely under the Presidential Input Support Scheme.

We have so far extended this programme to cover livestock, fishery, wheat and soya beans, cotton and wildlife. Under livestock, we have already started with the Matabeleland region because there are less rains.”

President Mnangagwa said his administration had other programmes for those who wanted to venture into poultry and piggery projects.