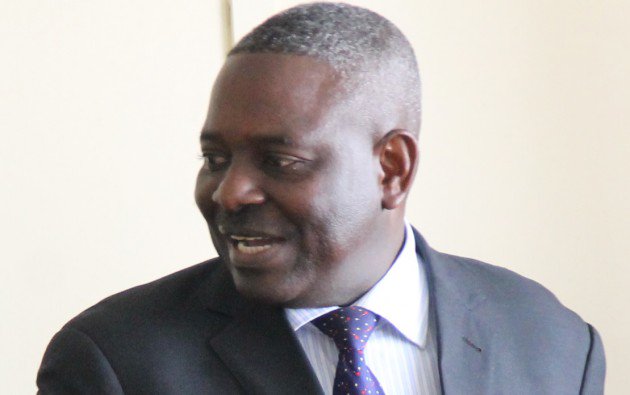 Nqobile Tshili Bulawayo Bureau
GOVERNMENT has availed 300 tonnes of rice to be awarded to districts that mobilise the most registrants under the ongoing Biometric Voter Registration (BVR) programme, a Cabinet Minister has said. The district that will register the highest number of voters in every province will receive 30 tonnes of rice.

The Minister of Justice, Legal and Parliamentary Affairs, Retired Major-General Happyton Bonyongwe, revealed this last week at the National Chiefs Conference in Bulawayo. He also implored traditional leaders to encourage their subjects to register as voters.

Rtd Maj-Gen Bonyongwe said in line with the topical issue in the Ministry of Justice, Legal and Parliamentary Affairs, they saw it fit to introduce a competition on voter registration.

“We then thought of programmes to do with voter registration; as a ministry, we want to see people registering to vote. Everyone should go out and register as a voter. The district that will register the highest number of voters per province will receive a truckload of rice, which amounts to 30 tonnes per district. So, in 10 provinces it will be equivalent to 300 tonnes. It’s now a competition, lets encourage people to register as voters. So if you become number one, that is the prize that is coming your way,” he said.

Rtd Maj-Gen Bonyongwe said voter registration was an important issue in Government as it maps the way forward ahead of next year’s elections.

“The biggest issue in the country at the moment is the issue of the elections that are scheduled for next year. As the Ministry of Justice, we are the ones administering the Electoral Act. But we have the Zimbabwe Electoral Commission, an independent commission handling the electoral processes. At the moment, they have their BVR programme which is ongoing,” he said.

About 1,2 million people have since been registered as voters countrywide, with the Matabeleland provinces recording the least number of registered voters.

Minister Bonyongwe also emphasised that chiefs have an important role in the preservation of the country’s heritage and cultural values as enshrined in the Constitution.

He said the chiefs ensure traditional values and cultural beliefs are not eroded by imported cultures.