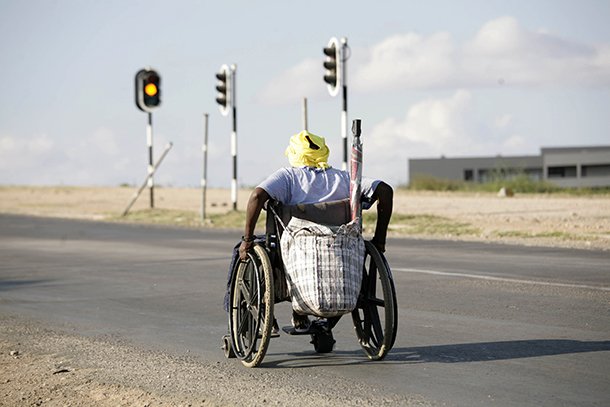 ZAMBIA-BASED Africa Down Syndrome Network (ADSN) has urged the Zimbabwean government to ratify and domesticate the Africa Disability Protocol (ADP), which promotes inclusivity of all persons living with disabilities (PWDs) in every system, from education to health sectors.

Zimbabwe is a signatory to the United Nations Convention on the Rights of Persons with Disabilities (CRDP), which has a three-tier disability regime comprising the blind, deaf and the physically-challenged.

Addressing a workshop on the ratification of the protocol in Harare on Wednesday, ADSN founder Kifita Kimbonyi said the CRDP was Eurocentric and there was need to ratify and domesticate the ADP, which was designed specifically for the region.

“We want a policy which is not segregatory. The African continent has been looking at only three categories of disability and leaving out the other forms of disability. The ADP is inclusive of all because there is no disability that is bigger and one that is smaller. The CRDP is Eurocentric. For instance, the issue of albinism is not synonymous to them,” he said.

“This ADP is vital because it helps the government to include all PWDs such as those with albinism, down syndrome and those with cerebral palsy. It is dealing with issues that affect Africa. I believe Zimbabwe is going to ratify it.”

Kimbonyi urged government not to put the protocol in the shelves after ratifying it, but to implement it.

“I do not want this document to only end on ratification, but to be domesticated. We need to deal with all the myths and misconceptions around disabilities. Our traditional leaders must help us. For instance, back in Zambia, there is a misconception that if a woman gave birth to a child with disability, it means that the woman would have committed adultery. But is that true?” he said.

Kimbonyi said anyone walking today could end up tomorrow morning being a PWD.

Some of the provisions of the ADP are Article 7, which promotes all PWDs to have equal recognition at law; Article 2 — right to life; Article 3 — freedom from torture; Article 14 — right to live in the community; and Article 25 — right to participate in sport, recreation and culture.

Zimbabwe Human Rights Commission (ZHRC) commissioner Sheila Matindike said the ratification of the ADP would positively touch and change the lives of many PWDs in Africa.

“Ratification of the protocol will guarantee PWDs on the continent in general and Zimbabweans in particular, access to basic human rights and social, cultural, civil and political fundamental freedoms — an (edict) that the ZHRC is mandated to achieve,” she said.

Matindike said the protocol had relevance, thrust and reflected a legal instrument from an African perspective.

Presidential adviser on disability Joshua Malinga said PWDs were not a homogenous group and needed to be included in policymaking.

“Do not lock us up. Give us an opportunity to celebrate our being different. Anything you do without us is against us,” he said.

Senate president Marble Chinomona said they were in support of the provisions of the ADP.

“Once that protocol goes to Parliament, we are there to support it and ratify it as well, so that what is agreed by Africans on the continent is not only in protocol,” she said.

Network of the African Women with Disabilities chairperson Roseweter Mudarikwa urged PWDS to donate wheelchairs to some of the victims of the Cyclone Idai-induced floods, who were left with disabilities.