Govt’s neglect of the disabled symptom of deeper malaise 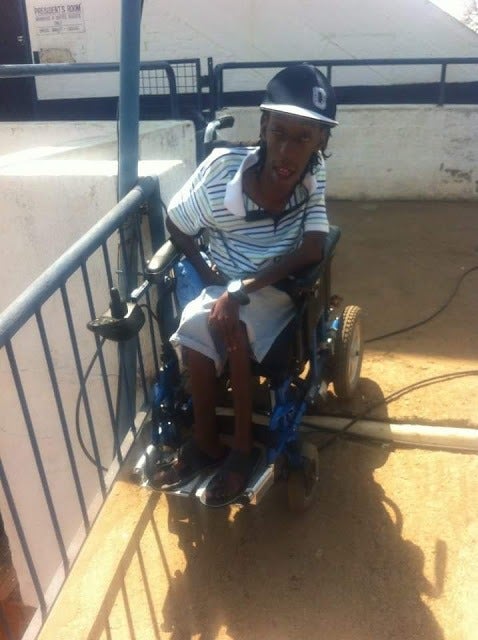 I RECALL vividly President Emmerson Mnangagwa’s sentiments that were full of life, hope as he sought to depict a clear picture about the new trajectory the country was to take.

On his inauguration on November 24 2017, he categorically said: “Above all we must remember and realise that we hold and run this country in trust. It belongs to future generations whose possibilities we must not mortgage as a result of decisions of expediency we might selfishly make today out of fear and difficult choice of the decisions that have to be made.”

As young Zimbabweans, this provoked the wildest dreams we once had while growing up — but we later realised that they were just dreams which will remain imaginary. To us, Mnangagwa’s inauguration speech was news which we welcomed and assumed would enrich, uplift and empower persons with disabilities (PWDs) who had been relegated to a low status due to unfavourable living conditions in Zimbabwe. To us here was a leader who ushered in a transformative era of endless possibilities.

As young persons with disabilities we thought that his utterances were going to ensure that there is meaningful development which would uplift our lives as PWDs.

Again, in his speech after winning the 2018 harmonised elections, he reiterated that he would keep his promises after being declared the winner. To quote him, he said: “My administration will continue to prioritise the advancement and empowerment of women, youth, and the disabled in every sphere of the economy. We will make firm and deliberate efforts to strengthen their capacity to participate in the economy and governance of the country.”

Sadly, in the last 14 months, PWDs and other citizens have witnessed a wave of changes that have crippled the economy including austerity measures that precipitated suffering. Government says these austerity measures are the path to economic recovery.

Education for children with disabilities has become more or less a priviledge when it is actually supposed to be a human right.

The African Charter on Democracy, Elections and Governance (ACDEG) which Zimbabwe signed on March 2018 in article 43 (1) states that, “State parties shall endeavour to provide free and compulsory basic education to all – especially girls, rural inhabitants, minorities, PWDs and other marginalised social groups.” For a child with disabilities, the right and opportunity to acquire education is salvation from poverty. It is a catalyst for empowerment and development.

Children with disabilities have less mobility and they are forced to use public transport (kombis) to get to school. This costs on average $80 per week and $320 per month and it is beyond the reach of many.

We, therefore, call upon the President to put in place strategies or policies to empower PWDs.

ACDEG further alludes to participation of PWDs in article 31 (1) which says, “State parties shall promote participation of social groups with special needs including the youth and people with disabilities in the governance process.” To ensure realisation of this, the Ministry of Foreign Affairs and the Ministry of Justice must hasten the process of ratification and domestication of ACDEG. Budget allocation should also support the disadvantaged like PWDs. There is need to increase budget allocations to the Department of Social Welfare.