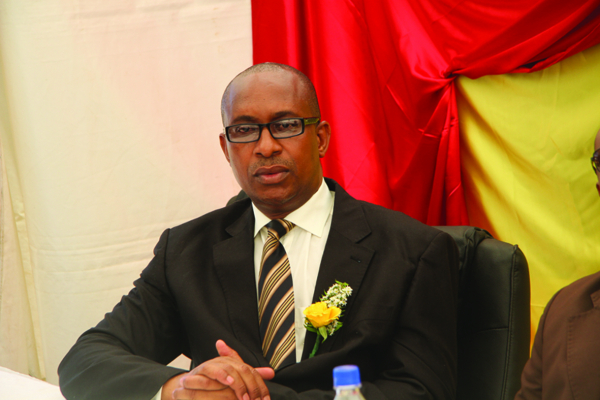 NEWLY-appointed commissioner of the National Peace and Reconciliation Commission (NPRC), Obert Gutu has denied ever joining the ruling Zanu PF party, adding that he only expressed the intention to do so, but did not complete the process.

Gutu was in March paraded at State House by President Emmerson Mnangagwa, who announced that the former MDC-T vice-president had defected to the ruling party.

After Gutu was appointed NPRC commissioner recently, the Zimbabwe Human Rights Association (ZimRights), a National Transitional Justice Working Group Zimbabwe (NTJWG) member, filed an application demanding that the former MDC-T vice-president ceases to be a member of the NPRC as section 286 of the Constitution forbids political party actors from serving as NPRC commissioners.

“Dzikamai Bere, the executive director of ZimRights, who deposed the founding affidavit, had submitted that on March 17, 2021, Gutu joined Zanu PF amid pomp and fanfare at State House where he was welcomed to the political party by President Mnangagwa,” the NTJWG statement read.

“But in a shock response, while admitting the reports and the article (Sunday Mail, 21 March: Why I joined Zanu PF) explaining his decision to join Zanu PF, Gutu submitted that he was yet to submit a formal application and had not paid the required joining fee.  He said he had abandoned the idea of joining Zanu PF when he was appointed to NPRC,” the NTJWG said.

ZimRights, represented by the Zimbabwe Human Rights NGO Forum, is yet to file a response.

Gutu torched a storm last month when he said the Gukuruhundi atrocities that killed over 20 000 civilians in the Matabeleland and Midlands provinces was one of the many “tiny” cases the NPRC would be looking at.