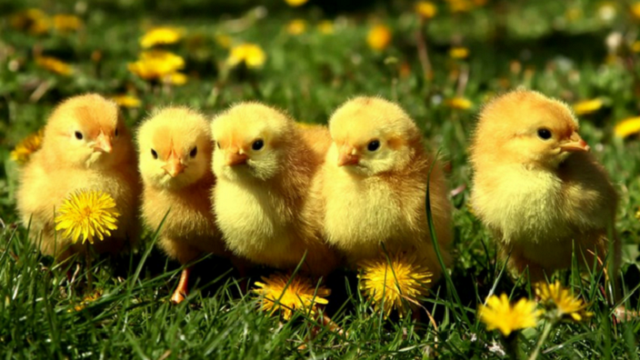 Dumisani Nsingo , Senior Business Reporter
ONE of the country’s leading poultry inputs suppliers, Hamara Chicks has invested about $5 million for the expansion of its day-old chick hatchery as it moves to satisfy market demand.

“We are still building at the moment, it’s going to be an about $5 million expansion (project). The machines arrived in Beira yesterday (Wednesday) so they are coming through customs hopefully today (Thursday) or tomorrow (Friday).

“The building is moving ahead, we anticipate that we will be opening in the last week of January. It will have a final capacity of  500 000 chicks a week but in January it would be 175 000 per week,” said Mr Cunningham.

He said the company was prompted to increase its production of day-old chicks owing to the ever increasing demand on the local market.

“There has been a shortage of day-old chicks here (southern part of the country) and with TMG (Turning Matabeleland Green) increasing its production we need to ensure that our farmers here can get enough,” said Mr Cunningham.

Statistics from Zimbabwe Poultry Association show that local production of hatching eggs declined from 7,4 million in December 2017 to 5,5 million in March 2018.

The country has a combined hatching capacity of 76 million day-old chicks per annum.

TMG is a programme spearheaded by Mr Cunningham and Bishop Patson Netha and was started in 2013 which involves various churches in Matabeleland.

TMG is founded on the belief that the productive engine of African agriculture rests with small-scale farmers and that the right training and vision can help to multiply the productive potential of their vibrant business minds.

Mr Cunningham said poultry production was being hampered by the prevailing foreign currency shortages in the country but was optimistic it would soon recover.

“As for some of our inputs you need foreign currency to import them, so there are a few challenges with regards to that but I think Zimbabwe is producing enough for its production. When you get to a point whereby the country produces enough for its production it’s a good thing because the most competitive (producer) is the one that’s going to win the market. In the last four weeks everybody in Zimbabwe has been in a difficult situation but before that and where we are going to, I see that we have a good production base coming,” he said.

Zimbabwe’s poultry industry has shown massive growth since 2009 despite threats of cheap imports mainly from Brazil and South Africa which had been exacerbated by the high cost of stock feed.

Hamara Chicks is a division under Sondelani Ranching, a diversified farming and agro-business concern, which focuses on broiler and layer day-old chick production, as well as producing point of lay birds.

It sells its birds through its retail division Higrow, which has distribution branches in Bulawayo, Lupane, Victoria Falls and Hwange.