Hopewell Chin’ono to languish in jail for longer

Source: Hopewell Chin’ono to languish in jail for longer – The Zimbabwean 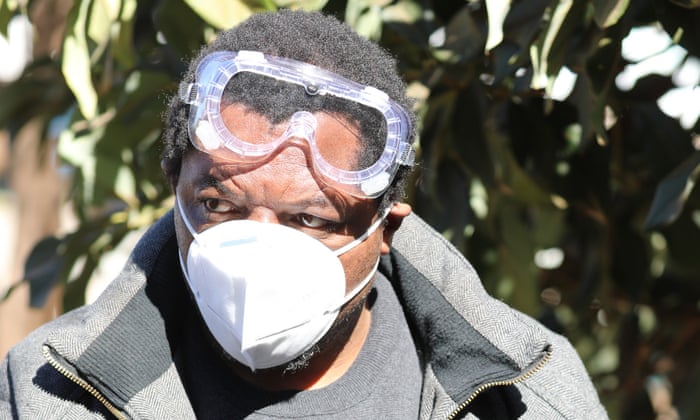 Theatrics appear to be at play in the bail hearing of incarcerated journalist Hopewell Chin’ono.

The bail hearing got off to false start at the High Court Wednesday as the record of proceedings from Harare Magistrates Court had not been availed since last week.

Chin’ono’s defence counsel Beatrice Mtetwa advised the court that she was surprised that the record had not yet been availed despite their efforts of writing a letter demanding its availability to the clerk of court on Monday.

Mtetwa said she was disturbed by the development saying she expected her client to be denied that right as usual since the State was good at playing such delaying games in matters such as these.

“It is a tactic that the State always uses in these cases where they deliberately make sure that the record is not before the judge so that it cannot be used as substance for bail appeal. The matter has been postponed to tomorrow as anticipated.

“We have asked the judge to make an order to compel the clerk of court to make the record available before the end of business today provided we make all the necessary payments, and he made that order. We are going down to Rotten Row to push for the record to be brought,” she said.

Justice Tawanda Chitapi, who heard the case, ordered the clerk of court to avail the record on an urgent basis by end of day and postponed the hearing to Thursday morning.

Chin’ono was arrested and formally charged with incitement of public violence on Monday July 20 and has been held in custody ever since.

If convicted Chin’ono could face up to 10 years in prison but his efforts to get fair justice are being stifled by the State, which keeps delaying due process.

During the bail hearing the magistrate failed to give his ruling due to want of time and cited that government’s curfew imposed during that week indebted the court to halt proceedings for at least a day.

In response after the proceedings, Mtetwa said the case had been deliberately postponed “to make sure that there is no ruling until he has spent a couple of nights inside” and that Chin’ono was being persecuted for exposing corruption in the country.

The State is accusing Chin’ono of incitement based on tweets he allegedly sent encouraging people to attend the July 31 demonstrations being organised by Transform Zimbabwe leader Jacob Ngarivhume, who is also in jail.
State prosecutors opposed bail, arguing that Chin’ono was a flight risk and well connected beyond Zimbabwe’s borders, and that his release would give him more room to keep encouraging Zimbabweans to go ahead with the protests, thus potentially exposing participants to Covid-19.

Eventually, Chin’ono was remanded in custody to August 7. His other lawyer Doug Coltart was unable to attend today’s High Court application as he was on trial at Harare magistrates’ court.

“This morning I am unable to appear in the High Court for Hopewell Chin’ono’s bail appeal because I am on trial myself, ironically facing almost the same charge as him (the State’s go-to charge for political trials: participating in a gathering with intent to promote public violence),” he tweeted.