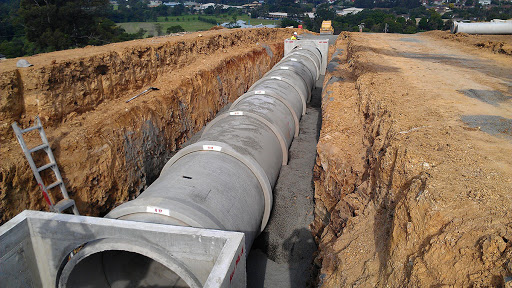 ELEVEN houses built on top of a main sewer trunk line at Key College in Unit K, Chitungwiza, will cost the municipality US$60 000 to divert the line for a distance measuring 365 metres.

The houses were illegally built on a college stand that allegedly belongs to an ex-soldier identified as Mike Makuchete.

The college was allegedly converted to residential stands without following due procedure.

“The houses (11) constructed on top of a main sewer trunk line at Key College in Unit K form part of perennial sewerage problems in Chitungwiza. There are also illegal sewerage connections directed into the main line. The diversion of the line measuring 365 metres is being done at a cost of US$60 000,” Meya said.

“The houses were illegally constructed without change of use being done. Council never allocated those stands. Those involved in the illegal parcelling of stands should be brought to book since there was no change of use from institutional to residential stands.  The owner of the college should guide as on how the school stand was turned into a residential dwelling,” he said.

“Surprisingly, all this happened in the eyes of the council.  A house can’t be built in a day like a molehill. Why didn’t the council stop the construction because it had a site plan?” Kwaramba queried.

But Meya said construction was done “under the cover of darkness”.

“When police were sent to arrest the culprits, they bolted, leaving their tools behind. Although the tools are confiscated, the builders come back and build under the cover of darkness.  Once the structures are complete, they tend to hide behind the Constitution, saying a court order is required to raze their structures down. At the end, some residents end up blaming us,” Meya said, adding that the culprits were issued with enforcement orders to stop construction.

Chitungwiza and Manyame Rural Residents Association secretary Brighton Mazhindu said: “It is unfortunate that council is bearing the cost of poor planning and greed from land barons.”