How we can minimise future cyclone damage 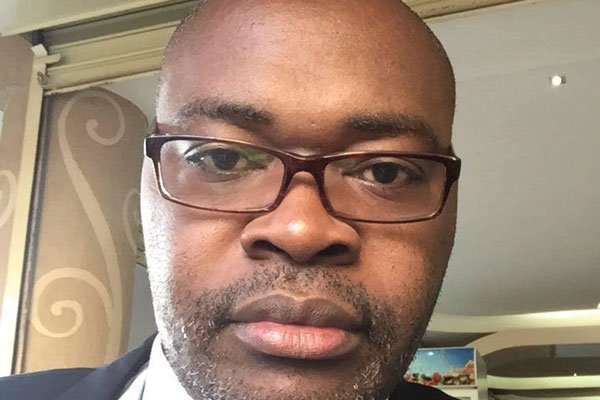 Zimbabwe, like its neighbours Mozambique and Malawi, is reeling from the effects of Cyclone Idai, which caused loss of lives and left a trail of destruction. For once, for a nation that has become inherently politically polarised, we were united by one cause – to help those affected by the cyclone. In the midst of mourning, this has brought a rare and renewed sense of unity.

It is very rare to see various groups from different walks of life converging, mobilising and ensuring that those in need of assistance received it. There will be loopholes and a few misguided opportunists who may want to take advantage of the situation. But the spirit of togetherness demonstrated by Zimbabweans so far is highly commendable.

As the country begins to count the costs, the million-dollar question is what could have been done right to minimise the impact of the cyclone? It is not an easy question to answer for countries that are resource and technologically challenged such as Zimbabwe. While we know that the most recent devastating cyclones in southern Africa occurred between February and March in the recent decades, tropical cyclones historically have a reputation of being unpredictable, which makes it even harder to forecast their routes and intensity.

And in the recent case, no one had an idea that Cyclone Idai would be regarded as one of the long-lived and worst tropical cyclones to affect Africa and the southern hemisphere, considering how it mutated over a period of 10 days.

It was on March 4 that Cyclone Idai began forming as a tropical depression off the eastern coast of Mozambique. The depression re-emerged on March 9 in the Mozambique channel before upgrading into moderate tropical storm the following day, but continued to intensify reaching a wind speed of 175km/hour on March 11. If, by this time, its direction and intensity were clear, perhaps early warning systems would have been triggered. But again, most of these storms form and dissipate in the oceans without causing any harm.

Between March 11 and 13, it weakened again and remained stagnant, which meant that there was no cause for concern. It was on March 14 that Cyclone Idai gained momentum and reached its peak intensity with a wind speed of 195km/hour, making a landfall in Beira on March 14, causing catastrophic damage in Malawi, Mozambique and Zimbabwe, leaving hundreds of people dead and hundreds more missing. There was no time to raise the alarm in those areas in Malawi and Zimbabwe, bordering Mozambique as the cyclone hit almost simultaneously.

But in Australia, they were able to minimise the damage after the Australia government evacuated thousands of people from the northern parts of the country ahead of two cyclones — Trevor and Veronica — that were expected to hit last weekend. In those two days before the cyclones made landfalls, the Australian authorities were able to save lives and minimise the damage to property. All the cyclone preparedness was done when both air and road transport were still usable and safe. The evacuees were being moved to higher and safer places.

This brings us back 19 years ago when Cyclone Eline hit Mozambique, Zimbabwe, and South Africa in March 2000, leaving another trail of destruction and loss of lives. Due to its colossal impact, it attracted international and global media attention. Several academic studies have been conducted after the impact of Cyclone Eline caused human suffering, but most importantly it was the huge donor investment into cyclone preparedness and early warning systems. One wonders what happened to those efforts.

Given the unpredictable nature of cyclones, the concept of preparedness, back then, was premised on various models. The first model was that the southern Africa region experiences major cyclones every eight to ten years and communities in cyclone-prone areas were asked to factor that into their planning. The second model was that communities needed to build houses and structures that can withstand the vagaries of cyclones and flooding. During the various awareness campaigns, this was considered the least safe, but more convenient to cultural considerations as some of the communities refused to relocate for several reasons, including looking after their land, property and ancestors’ graves.

The most effective model which should have been triggered — only if there was enough lead time — was that in the event of a cyclone early warning sign, communities through their leadership were supposed to move to higher ground. This was one of the most popular models during the post-Cyclone Eline awareness campaigns as the Department of Civil Protection was heavily involved in it, including making recommendations to their parent Ministry of Local Government for resettlement and encourage communities to build their houses on higher ground. While community leaders mobilised people to move, the co-ordination of the operation was done by a district level taskforce, comprising of different arms of government. This taskforce replicated the national inter-ministerial taskforce on disaster preparedness and management. The co-ordination then was much stronger and effective.