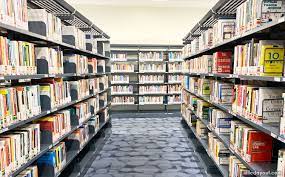 CONSTRUCTION of the US$100 000 South Mining-Empumalanga Community library in Hwange is expected to commence early this year amid expectations that it will improve research and education in the mining town.

The ground-breaking ceremony of the project was conducted last year.

The latest Hwange Local Board report states that the Matabeleland North Provincial Affairs minister Richard Moyo recently said the research and educational facility was expected to improve the quality of education in Hwange urban, while officiating at the ground-breaking ceremony.

Moyo said it was government’s main agenda to make sure that all children were provided with quality education, adding that the construction of the library would complement government programmes.

“The library is being constructed through a private-public partnership (PPP) between coke and coal producing company South Mining Private Limited and HLB,” reads the council report.

Moyo said PPPs between private players and local authorities will improve the communities they are operating in.

“I urge all companies in Hwange and Matabeleland North province to emulate what South Mining and HLB is doing,” he said.

The report also stated that HLB chairperson councillor Nqobile Ocean Mabhena said the library was expected to play a pivotal role in improving pass rates at schools in Hwange district.

South Mining administrator Charles Muchabayiwa said most of the materials for the construction of the library, as well as equipment to be used in the library, had already been procured.

“We have procured most of the material to be used in constructing the library and we have also purchased some of the equipment to be used in the library such as computers and furniture. We are looking at starting construction just after the rainy season this year,” he said.