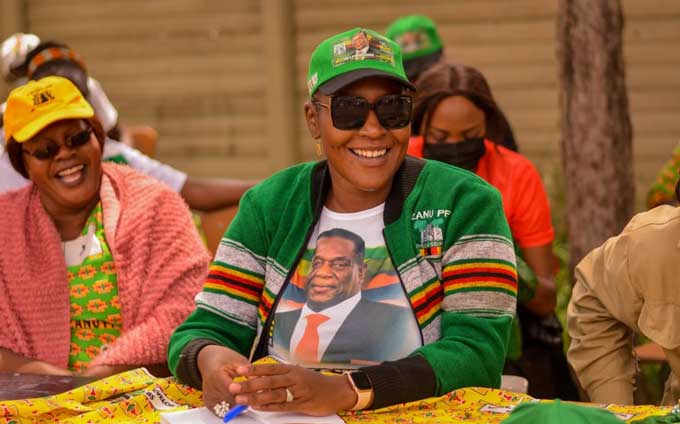 By Taurai Mangudhla
EPWORTH constituency, south-east of Harare, has been one of the hotly contested seats in recent memory. Zanu PF legislator Zalerah Makari (ZM) defied the odds to win the seat, given opposition Citizens Coalition for Change (CCC) dominance in urban areas.

NewsDay (ND) chief reporter Taurai Mangudhla interviewed Makari about her recent victory amid rising poverty in and outside her constituency as well as her strategy going into the crucial 2023 polls. Below are excerpts from the interview.

ND: You came from the wilderness, after falling victim to some internal factional fights in Zanu PF, to lead a spirited campaign and subsequent election victory in the March by-election against an opposition which arguably dominates in urban areas, what is your secret?

ZM: To be quite honest with you, I would not say that I have a secret or anything like that, but a strategy. I think it goes down to the leadership style that one has. I have a servant leadership style and it’s just inherent the person I am. I was raised to treat everyone with respect, irrespective of their financial and socio-economic position, so humility does come naturally to me.

ND: In your view, how material was your term in 2015 to your recent success?

ZM: I was Member of Parliament (MP) before 2015 and I think this is what the people of Epworth saw. I am on the ground and I stay with the people. I deal with all sorts of issues. Do you know that as a MP some people even expect you to get into their marital issues? Some people want me to help them get jobs and all sorts of issues that are not really the main agenda of a legislator. I must say whenever you find yourself in a position to help, you simply have to help.

ND: How has been your journey in Zanu PF so far and your professional career? How have you managed to remain relevant in the party and in politics?

ZM: I was born and bred in Zanu PF and I obviously worked in corporate Zimbabwe, travelled and got some exposure and I pull from that in order to get help in certain areas. I am grateful for that, but the bottom line is if you want to be a true and good politician, you stay with the people and you deliver on the promises. Now people are very aware of the economic situation in our country and the world over. People want to see that effort. When you look at the sky and it’s about to rain, you need to work and if people see you work they get confident. A human being generally wants attention and to be loved. I love my constituency, I tell them I love them and sometimes I blow kisses and they know we are together.

ND: You must get this question a lot, but can you just share your personal experience as a woman in politics as it relates to gender equality and equity?

ZM: The issue of gender is something that is a thorn in our flesh and I am going for the second term in political space. Our male counterparts want to ask for favours that are untoward. Once they realise that’s not the way you go then they start giving you respect for what’s between your ears.

Look, if you carry yourself with dignity and respect people have no choice, but to follow through.

However, people will still try to push you down, but when they realise that you are not made of that, you are in all intents and purposes able to do the job based on the fact that you are educated, you have the willpower and desire as opposed to the fact that you are a female who should have carpet interviews. That’s so discriminatory and a thing of the past really. I mean, I have never subscribed to that and I feel I can go toe-to-toe with any man and not because I am a feminist, I am not actually a feminist. I believe women have their space and so do men, but when I am in my space I work hard and I express myself in no uncertain terms in the way I think we should go.

ND: Politics tends to get ugly and players become victims to all sorts of physical and verbal attacks. What has been your experience and what advice would you give to aspiring female politicians?

Also we are made of different temperaments and I would be lying if I said it didn’t bother me at first, but you just come to a point that it’s just talk and they do, it’s not easy, but if you are passionate and have vision then you follow through and get things done.

ND: The by-elections are done, but in a little over a year we have the general elections and back to the ring. What do you have to offer this time to get another win?

ZM: Obviously we get into these elections to win them. To be quite honest, for me I cherish the opportunity to speak to my electorate. I am not really focused on the election in terms of what I must do. This is going to be a general election, our President is going to be in there, the MPs and councillors, so you see the work that the President is doing on road rehabilitation and infrastructure development and so on. He is still battling obviously to get our economy stable, but as far as the constituency is concerned, it’s just to deliver on the things that we spoke on. We are working right now on getting electricity and we have already started with Glenwood.

We have put in transformers there and we are also putting electricity at three schools. We also have a home industry where they need a bigger transformer to power their equipment. We are also working on bringing a farmers’ market, an equivalent of Mbare Musika. A lot of people here go to buy vegetables from Mbare for their own consumption or resale. We are also working on finishing the clinic that we built during the elections.

ND: Quite a number of projects there, is that all?

ZM: We are now working on getting town status for Epworth, so with that we are building a town centre. Our hospital is going to be a district hospital, so we will be building a theatre. We are also working on street lights, we have increased the number of Zupco buses on this route and we have also started a programme to pay fees for more than 1 000 underprivileged children who are disadvantaged in partnership with some non-governmental organisations. In July we are meeting vendors and sex workers to see how we can help them. Epworth has the most informal traders and we are working to see how they can be regularised.

We are drilling boreholes and getting title deeds where we can, opening roads in settlements and relocating people who had built on roads. There are a lot of things going on in the constituency on a day-to-day basis, but the bottom line is we pray that people see the work that we do and it effectively is turned into a vote for the ruling party. Elections are a gamble, but I can say that work is being done and the electorate can see the work. We do continue to move and wish for the best in our endeavours.