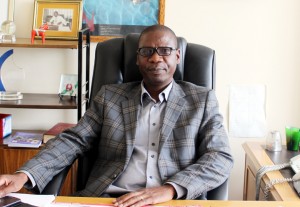 Source: Intimidation of workers condemned – The Zimbabwe Independent May 4, 2018

THIS year’s Workers’ Day was the labour movement’s first commemoration since the removal of former president Robert Mugabe by the military in November last year. Hopes were pinned on President Emmerson Mnangagwa’s administration that it would turn around the life of a worker who has suffered a myriad of challenges that range from unemployment, under-employment, wage erosion, labour brokers, unfair labour practices, inequality and poverty.

However, it seems the struggle for workers’ rights is far from over. Government’s decision to fire striking nurses and its recent threats to teachers who gave notice to strike have exposed government’s underlying authoritarian tendencies, raising questions over the new administration’s commitment to the rule of law, due process and constitutional rights. Zimbabwe Independent senior reporter Wongai Zhangazha (WZ) this week caught up with Zimbabwe Congress of Trade Unions secretary-general Japhet Moyo (JM) who, in a written response, commented on various issues. Below are excerpts of the interview:

WZ: In November last year the country went through a change of government facilitated by the military. Has this new dispensation brought any joy to the worker?

JM: The so-called new dispensation brought nothing new for the workers at all. The economy has not improved and the industrial challenges workers faced before are still around.

WZ: What are the major challenges being faced by the workers in Zimbabwe?

JM: Zimbabwean workers still struggle to get cash from the banks, non-payment of salaries, lack of job security, four-tier pricing system that has eroded incomes, accessing medical care and now the neoliberal policies as a result of the World Bank, IMF, and “Zimbabwe is open for business” mantra. The call for labour market flexibility is likely to leave workers more exposed and subject to exploitation.

WZ: How is ZCTU tackling the plight of the workers?

JM: We provide representation, research and training for them to confront the challenges.

WZ: What is your view of government’s move to fire nurses because they had gone on strike, and what do you make of the decision by the nurses to apologise to Vice-President Constantino Chiwenga for demanding their rights?

JM: The purported firing was a nullity at law because VP is not the employer. We just viewed it not only as intimidation but also an action done out of ignorance of our industrial relations. We have not yet verified the alleged apologies made by the nurses, probably these might be individuals who would like to please the authorities but not reflective of the generality of nurses.

WZ: What is the impact of the dismissal of the nurses on the worker regardless of sector?

JM: The nurses were not dismissed but there was an attempt to deny them their constitutional right to withdraw their labour.

The illegal action obviously was meant to intimidate them and any other sector that this government would not protect the workers from unscrupulous employers.

We are likely to see more employers (probably in the private sector) adopting the same route and Zesa is another example.

WZ: This week in local media, Primary and Secondary Education Minister Paul Mavhima warned teachers not to “follow the nurses’ route”. Does the minister’s threat bode well for labour rights?

JM: Not at all, it amounts to unfair labour practice because every worker (except uniformed forces) has every right in terms of our constitution to fair labour standards. However, taking advantage of the high unemployment rate is evil.

WZ: What is your view on the pace of the Labour Law amendments?

JM: There is no political will to take this process forward. For seven years we have been talking about the same reforms. With the new thrust of liberalisation we are likely to see a worse version coming out from the current process.

WZ: Chief Justice Luke Malaba recently ruled that workers who were dismissed using the 2015 Zuva judgement should be compensated. What is your view on the judgement?

JM: Chief Justice Malaba merely restated the minor positive provision in our Labour Act. And our well-held view is that the employer wields more power than employees and therefore incorrect that the parties are “equal”. Before the amendment, the Zuva judgement had rendered retrenchment provision irrelevant because no employer would choose to retrench when there are more benefits in just terminating on notice. Therefore, it was a fair and correct judgement.

WZ: There have been calls for productivity-based wages by both government and business. Do you subscribe to this view?

JM: Our economy is not yet prepared for such an arrangement. Workers stand to lose out while it is not their fault for enterprises not to produce. Obsolete equipment, shortages of foreign currency and uncertainty in our political environment affect production and workers cannot be punished for that.

There are many factors that affect production and cannot be attributed to workers while cost of living is ignored. We ratified a convention that deals with wage determination and that includes “welfare of workers and their families”.

WZ: How prevalent is wage theft in Zimbabwe, what are the latest statistics?

JM: The last study a year ago revealed that over 120 000 of workers are going without salaries and the figure has probably increased since then.

Newer Post
What if 2018 elections are not free, fair and credible?
Older Post
ZCTU slams Chinese violation of labour laws