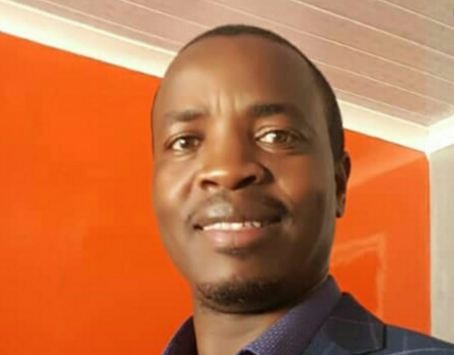 The firing of Killer Zivhu from Zanu PF, and the looming loss of his parliamentary seat obviously is a sad development for Chivi South constituency.

This invidious development got me to remember one very intriguing statement I once heard someone make, that when a hyena decides to eat its babies it first accuses them of smelling like a goat.
This remark could surely not have a more profound meaning than events unfolding in the ruling party, Zanu PF.

Previously, the goat that fell prey to the hyena was the opposition MDC, and now that it seems to have been devoured to its hooves, the hyena is turning to its own cubs.

The odious drama is sticking out like the proverbial sore thumb.

It has been said many times that there are no permanent friends in politics, and what expressly comes to mind is the fact that it is truly a dirty game.

For enemies of the poor former MP, his dismissal signalled the release of heightened levels of jealousy and hatred that would have ended up choking them to death. The bizarre reality about politics is that those who seem to navigate better in these waters are the most treacherous breed that has scant or no regard for the ones deemed to be represented
Zivhu was befittingly awarded with an honorary doctorate degree for his philanthropic activities that have seen no ethnic or physical boundaries in this country, apart from standing as MP for Chivi South constituency where I come from.

Although some may want to associate his formidable rise in the area of business with controversy, no one can undoubtedly disqualify him for his outstanding philanthropic work.

For me it is this side of his nature that counts so much more than anything else. Even the holy book of God acknowledges that one who takes care of widows and orphans matters a lot in the eyes of the creator himself.

It is seemingly with an inordinate sense of duty that I would like to render some words of encouragement to my MP and make him understand too that this is not a train smash.

This invidious development can only serve to divide people than unify them, to say the least. In my reckoning, there has not been sufficient consultation between the powers that be.

The regrettable decision has rather exposed a coterie of people who have become so deluded to the extent of turning a revolutionary party into mere demagoguery.

A common adage that makes rounds everyday says the works of a man will outlive him and truly this could mean no less for Honourable Zivhu. His deeds are his monuments indeed.

I have not been too privileged to know and work with him that closely but he continues to leave indelible footprints in his steps for everyone to see.

It is no secret that he traverses the length and breath of Zimbabwe with his incredible deeds of charity.

Even after being expelled from Zanu PF, Zivhu has vowed to carry on with his work of helping the less-privileged, and possibly offering springboards to those endeavouring to attain higher levels of life.

It is rare to find someone in his mould, who can combine politics, business and philanthropy in such an outstanding way.

Zivhu has also shown thoroughbred maturity by opting to remain loyal to his former party, notwithstanding the great betrayal.

When you look at what he has achieved in terms of developing Chivi South, and also his rapid response to cases of charity and humanitarian nature far afield, one wonders how and why Zanu PF took such drastic measures against him.

The charges levelled against him were merely frivolous. He has also shown to be all too happy not contesting in the forthcoming by-elections as an independent candidate, albeit an obvious victory for him.

The disproportionate judgement against him by the powers that be in Zanu PF points to staggering levels of leadership failure.

There is a truism which I like to use time and again that says “no one can keep a good man down”.

In all earnest, this shall come alive one day for the people of Chivi South with regards to the fate that has befallen our esteemed MP.

It has become apparent that a thread is running through all that is happening in Zanu PF and the endemic “lynching” of innocent people will come to a point where someone shall ultimately be laughing on the other side of the face.

There are countless episodes in history where the digger of a grave would be buried in their own pit. Good decisions cannot only be palatable to a few individuals while the majority are condemned to nursing wounds.

Everything that is done with the express intention of self-aggrandisement is easily noticeable although people may choose to speak no evil.

Our country Zimbabwe is in dire need of a unifying leadership. Far more than anything, there should never be any room for egocentric type of leadership which has so far witnessed multiple intractable problems for this beautiful nation.

There is genuine need for the leaders of Zimbabwe to reorient their priorities and only this route will save us.

Zimbabwe must not be left to slide into a kleptocracy, and hopefully we shall not find ourselves in this dilemma.

 George Machanja is a social commentator and he writes in his personal capacity. He can be contacted on georgemachanja54@gmail.com