I am not surprised by the results of Zimbabwe’s presidential and general elections; disappointed, but not surprised. After all, Zanu-PF had four years to plan its campaign to hold on to power. Robert Mugabe has worked hard on squaring his next-door neighbours – in particular South Africa. He knew that intimidating the voters during the campaign would lead to international condemnation; so what did he do?

The proceeds from the Marange diamonds went to Zanu-PF rather than the Zimbabwean Treasury. Mugabe fixed the registration process by appointing a senior Zanu-PF player as chairman of the Electoral Commission, and then didn’t release the electoral register until it was too late for his opponents to do anything about it.

Apart from ensuring that the roll included two million dead voters and a large number of centurions, when the average age is 51, a million voters were omitted. Mkhululi Nyathi resigned from the Zimbabwe Electoral Commission saying that the polls two weeks ago did not meet the benchmarks of fairness. 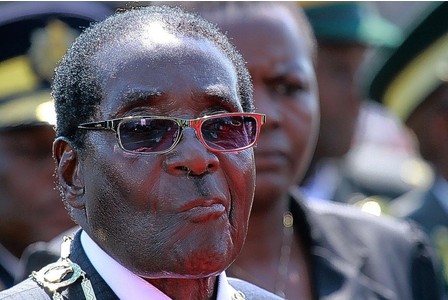 Intimidation had been taking place some two years ago, when Kate Hoey MP (the Chairman of the Zimbabwean APPG) Lord Joffe (Nelson Mandela’s and Jacob Zuma’s solicitor) and I visited Zimbabwe with the Commonwealth. while there, we learnt that 26 MPs from the MDC – the main opposition to Zanu-PF – had been arrested; that the Speaker of Zimbabwe’s Parliament, Lovemore Mayo, had been forced to face re-election to his job within the Parliament, and that beatings were underway in rural areas.

Mugabe refused to allow any UN observers to oversee the registration process or the election; only representatives from the African Union were allowed to act as observers. Soon after polling day, I was told of people turning up at the polling station only to be informed that they were not on the electoral register or had been reassigned to another polling district.

So with over two-thirds of the membership of the Zimbabwean Parliament, Mugabe can now change the country’s constitution. He is no longer forced to have a coalition government with his arch opponent Morgan Tsvangari, and stick to the MDC’s spending plans.

Mugabe will have the power to force through his indigenisation polices where foreign-owned companies in the countries will have to employ Zimbabweans irrespective of their qualifications But Zanu-PF and Robert Mugabe’s victory may have much wider international and regional implications which could damage British strategic trade interests.

During our 2011 visit, we learnt that the Chinese are investing in a new staff college outside Harare, and are reportedly building in hi-tech communications similar to what might be found at our own GCHQ. This weekend the Chinese media reported that Hua Chumying, the Chinese Foreign Minister, hoped that all the political parties would accept the result. Zimbabwe’s economy is now very dependent on the Chinese.

This makes a mockery of our, the US and EU sanctions. The Chinese are also South Africa’s largest trading partners. The Simonstown naval base, near Cape Town, is of major strategic importance as it controls the Cape of Good Hope’s trade routes – which we the British need to export our goods to the Far East should the Suez Canal not be available. China funded Mugabe and Zanu-PF’s armed struggle, while the Russians funded Joshua Nkomo and ZAPU.

So what can the West do to try and bring about change? Any outside pressure will have to come from SADAC and specifically South Africa, the principal regional power. The problem here is that Mugabe is the only southern African leader left over from the anti-colonial struggle for independence and as such is treated with reverence and respect.

Britain and the EU should continue with sanctions on Mugabe and his key lieutenants, while we need to encourage the Chinese to try to put pressure on the Zanu-PF regime we also need to remember that the Chinese are indifferent to human rights and will want to protect their economic investment. We should be identifying the more moderate members of the Zanu-PF leadership who might be keen to see an end to sanctions and being brought back into the Commonwealth. The generals and brigadiers also need to be convinced that they won’t pay a personal price for any regime change. The immediate future for Zimbabwe is gloomy. However, having led Zanu-PF to an unprecedented election victory, Mugabe, who is 89 and suffering from prostate cancer, may decide to bow out and enjoy what is left of his retirement. The West therefore needs to plan for life after Mugabe.