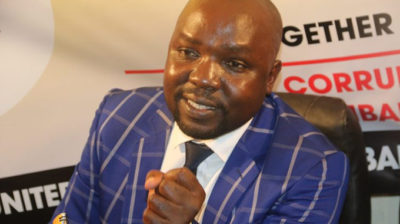 In granting bail, Justice Foroma said magistrate Ngoni Nduna had failed to substantiate claims that Tsenengamu was a flight risk and no evidence was provided by the State that his life was in danger.

“The magistrate did not show how locking him up would make him safe,” Justice Foroma ruled.

He ordered Tsenengamu to surrender his passport to the clerk at Harare Magistrate Court, reside at his given address and report twice a week at Waterfalls Police Station.

The former youth league kingpin was expelled from Zanu PF after he accused senior party officials of being corrupt.

Since being kicked out of Zanu PF, Tsenengamu has been involved in an anti-corruption crusade and has joined hands with civil society to push for an end to corruption.