George Maponga in Masvingo
Crops grown under the Pfumvudza concept with irrigation support from the $8million Chombwe Piped Water Scheme in northern Chivi are in excellent condition pointing to a bumper harvest in the area for the first time in years.

The scheme was commissioned by President Mnangagwa in December last year after being bankrolled using devolution funds.

Among the crops being grown under a model Pfumvudza project on an area straddling two hectares near Chombwe Hill, is maize, cowpeas, sorghum, rapoko and sunflower.

Provincial Agritex Officer Mr Aaron Muchazivepi is upbeat about prospects of a bumper harvest saying the the crop situation at Chombwe was testimony of the efficacy of the Pfumvudza concept.

“The crops are in an excellent condition. The Pfumvudza Model has demonstrated that food security can be addressed at household level even in the arid to semi arid regions,”he said. 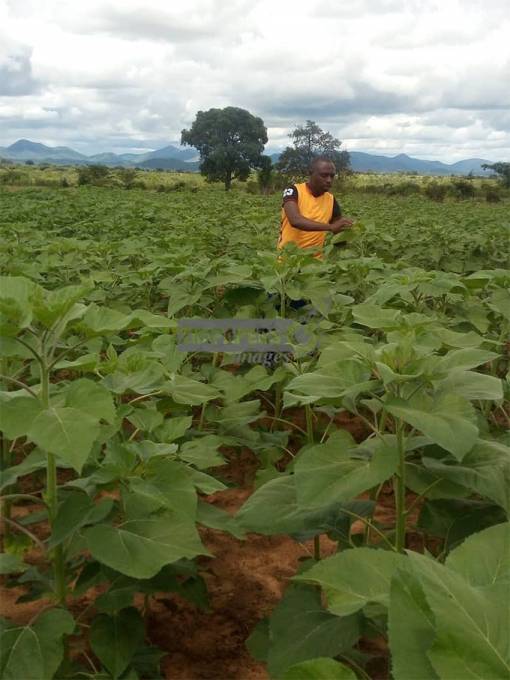 “Chivi district is in Region 5 but looking at the condition of the crops (Chombwe) it is unbelievable.”

Mr Muchazivepi said the condition of the Chombwe crop demonstrated the possibility to grow any other crop under the concept.

“We want to utilise all watering points along the pipeline to grow crops all year round going into the future to enhance the district’s food security while also boosting incomes for rural households.”

The Chombwe Scheme was commissioned as a model project that Government wants to replicate in other parts of the country to utilise water bodies to grow food and make Zimbabwe food secure in the face of climate change which induces recurrent droughts.

Water from the scheme is drawn from Tugwi River, which feeds off Muzhwi Dam upstream and has potential to benefit nearly 10 000 families together with their livestock.

Chombwe had been mothballed for close to two decades after water pumping,conveyancing and storage infrastructure became obsolete before the new dispensation revived it in line with Vision 2030.