JUST IN: ED receives Cabinet files taken away by Smith 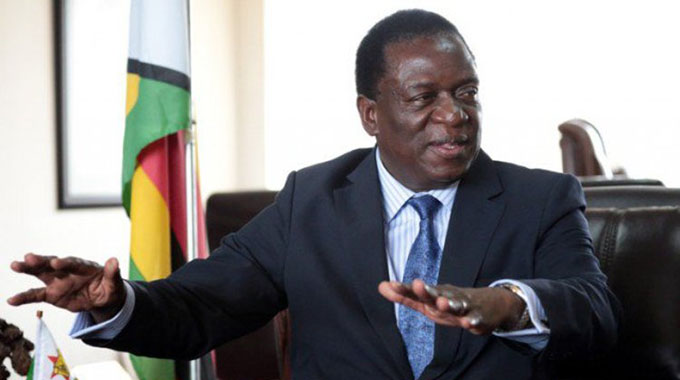 Source: JUST IN: ED receives Cabinet files taken away by Smith | The Herald May 30, 2018

The documents were kept at the Rhodes University in South Africa as part of the Smith family documents.

“This event therefore, is a historic occasion in the reclamation of our history and culture,” he said.

“History and culture in their broadest sense are fundamental pillars for national pride and identity as well an important ingredient to the vitality of all communities as it involves the tangible and intangible attributes from past societies that are maintained and valorised in the present and handed over to future generations.

“Properly leveraged on a people’s history and cultural heritage thus provides the most reliable and sustainable building blocks for social and economic development through creation of vibrant communities.”

President Mnangagwa said Zimbabwe’s story and the struggle for independence would be incomplete without a comprehensive narrative of the colonial history.

As such, President Mnangagwa said, under the new dispensation Government had reconfigured the Ministry of Home Affairs and Cultural Heritage which was mandated to leverage on Zimbabwe’s past.

“These archival material we gather here to receive this constitute integral and crucial evidence of our history,” he said.

“I am therefore privileged to receive these records on behalf of the people of Zimbabwe, those departed, still with us and indeed for future generations. Our diverse cultural heritage resources tell the story of our shared past and fostering social cohesion.”

Said President Mnangagwa: “During the transition to independence, particularly between 1978 and 1979, substantial amounts of public records, mainly from Cabinet Office and the security services, were unlawfully removed from public offices and illicitly exported to South Africa.

“These were discovered in 1980, dispelling fears that most of the records had been burnt by Rhodesian security elements. Some of the records were subsequently returned from South African institutions following Government to Government negotiations during the post-apartheid era. Further negotiations have culminated in this return of the “Ian Smith Papers” from Rhodes University which we are gathered to receive today.”

The President said there were some collections from the independence transition period still privately kept in South Africa and Australia.

He said another considerable collection of military and intelligence records were also in private hands in the United Kingdom.

“In addition, there are missing philatelic treasures from its (UK) special deposit collection which consist of 30 rare Southern Rhodesian stamps that went missing during the 1979-1981 periods,” said President Mnangagwa.

“Furthermore, there are remains of the heroes of the First Chimurenga, waged in 1896-97, which ended up in foreign capitals as war trophies. My Government will continue to pursue the return of such important records and remains through diplomatic channels.”

President Mnangagwa said Government was also seized with the identification and promotion of liberation sites in foreign lands that hosted the country’s liberation movements.

“My Government through the Ministry of Homes Affairs and Cultural Heritage, will indeed safeguard this important part of our heritage and further ensure the completion of the necessary administrative procedures in line with standing instructions for the retention and disposal of such records,” said President Mnangagwa.