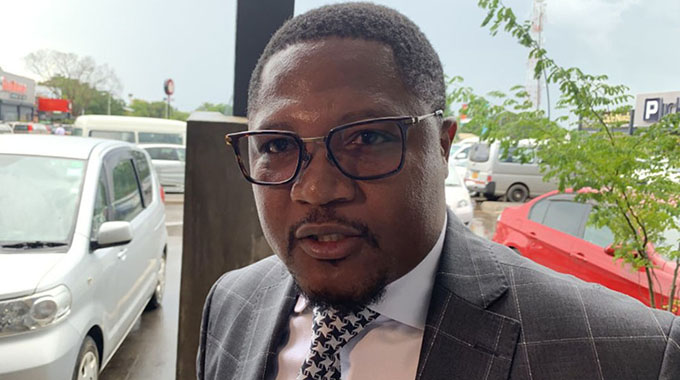 Court Reporter
Former Deputy Minister of Information, Publicity and Broadcasting Services Energy Mutodi has withdrawn the case in which four people were being charged for stealing valuables, including 30 pairs of designer suits from his Borrowdale residence in Harare.

Mutodi filled an affidavit before magistrate Mr Sheunesu Matowa indicating that he had decided to withdraw the matter due to personal circumstances.

Suspected thieves and brothers Denver and Cosmos Zvomuya, Fidelis Martin Mandaza and Pardon Magombo were arrested after being linked to the theft at Mutodi’s house.

The State, led by Mr Owen Safuli, had it that sometime in April this year, Zvomuya and Mandaza went to Mutodi’s place of residence when the caretaker was not at home.

The quartet allegedly broke the dining room window and gained entry into the house. They then stole various items, including Mutodi’s designer suits.  Mutodi discovered that some of his suits were missing and went to the police to report the matter.

The Zvomuya brothers and Mandaza were reportedly seen selling some of Mutodi’s suits in Domboshava.

Upon being interviewed, they admitted to stealing Mutodi’s clothes. Some of the clothes were found stashed under the carpet at Denver’s place of residence.
Denver led police to Magombo’s place in Mungate Village where some of the stolen items were recovered.