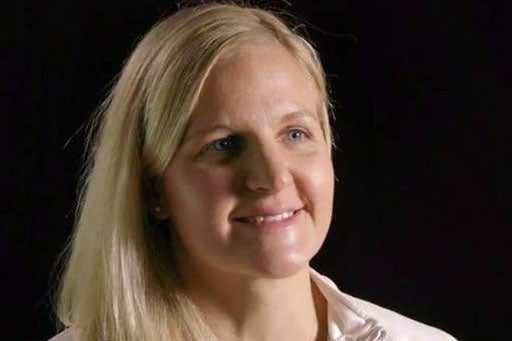 SPORTS minister Kirsty Coventry has said the decision taken by the International Cricket Council (ICC) to ban Zimbabwe is cold-hearted and immoral, because it has hurt the players more — the same people that the cricket world body purports to be protecting.

The former Olympic and World Champion was speaking to Alpha Media Holdings chairman Trevor Ncube on the programme In Conversation with Trevor where they discussed different issues that are affecting major sporting disciplines in the country.

But topical in the discussion was the decision by the ICC last week to ban Zimbabwe Cricket, citing government interference in the running of the sport in the country.

The suspension came after the Sports and Recreation Commission (SRC) suspended the Zimbabwe Cricket Board over poor corporate governance issues. They replaced it with an interim committee.

However, Coventry said the ICC decision has hurt the players more, and should be reversed.

“I would want ICC to understand that the decision that was taken by the SRC was to try to help clean up Zimbabwe cricket. I would also want them to understand that their decision has hurt our players and for a governing body that is something that should never be done,” said Coventry who also sits on the International Olympic executive board.

“Sitting on the International Olympic committee, looking at the decisions that we have to take as a board, the athletes have always been put first. We have always found a way to make sure that the athletes don’t get hurt by something they have absolutely no control over. For me, that have been the biggest disappointment with this decision from the ICC as I feel that hasn’t been given any consideration.”

The ICC has demanded that the elected board be reinstated within three months, so Zimbabwe has just until October to clean up the mess, or the suspension continues.

The suspension entails that there will be no funding for cricket and Zimbabwe and its players cannot play in ICC sanctioned games.

Asked if the SRC and Zim cricket would have found the solution to the crisis by October to have the country reinstated, Coventry responded: “We better have, there is no option. I would respect the international sport rules of no government interference, but the pressure from myself to the boards will sort it out.
They will have to make sure that it is done correctly and make sure that we have a path forward.”

She insisted that she only appointed the SRC board as per norm in other countries including Pakistan where the Prime Minister of the country nominated the Pakistan Cricket Board chairman. There was no action from the ICC.

“I appointed the SRC board which is allowed, which the ICC have allowed for countries like Afghanistan and Pakistan for the heads of State to appoint the chairman of their boards and that hasn’t been seen as government interference. I’m extremely disappointed in the decision and my disappointment is for our players. I know that both the SRC board and I would want to believe the chairman of ZC never wanted this to get to this far. I would be talking to both boards and see how we can move forward because at the end of the day the priority is the athletes, because without athletes we don’t have sport. For a long time we have been known as a country that there have been different ongoings and not the best of governance within Zim Cricket and something needed to be done.”

Coventry also congratulated the netball national team, the Gems, for their splendid showing at the Netball World Cup where they finished an incredible eighth.
She also spoke about the Warriors’ poor showing at this year’s Africa Cup of Nations finals, which she blamed on poor planning by the Zimbabwe Football Association.