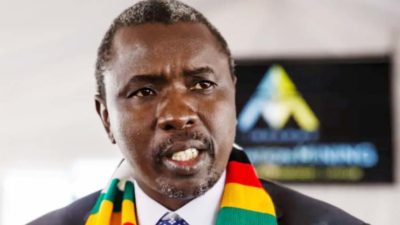 Landela Investments has been linked to Kudakwashe Tagwirei but a search by 263Chat at the registrar of companies in 2020 revealed that he is neither a shareholder nor a director in the company.[2]

The Independent was the first to report that it was in fact Landela Investments and not the government, which was behind the procurement of buses for Zupco’s public transportation system.

A three-month investigation by the publication revealed that a total of 125 buses purportedly acquired by Zupco, some of which were commissioned by Emmerson Mnangagwa in November 2019, were actually bought by Landela Investments.

Forty-nine of the 65 buses whose arrival into Zimbabwe in March 2020, were acquired by Landela and bonded at the FAW warehouse in Msasa due to outstanding import duty.

The other 26 were imported from Chinese firm Xiamen Golden Dragon by the Public Service Commission. The Dragon buses have a 64-passenger capacity, including the driver and each bus was bought for US$58 900.

Official government documents seen by the Independent indicated that the 76 buses commissioned by Mnangagwa in Bulawayo in November 2019, were part of the 125 acquired by Landela Investments.

Sixty-six of the buses were acquired from the Dragon Bus Company in China while 10 were imported from South Africa. It was not immediately clear whether the Zupco funding was modelled along the Command Agriculture model, considering that the government had given the impression it was buying the buses on its own.

Landela Investments paid only 20% for the imported buses with the 80% balance payable a year after delivery. The buses were bought through a dealer, FAW Zimbabwe, which has offices in Harare.[1]

Landela brought in 122 Golden Dragon and instead of using US$27 million buying the buses locally, it used US$3 million less.

Landela Investments also bought 10 Marcopolo buses at about US$2 million and saved US$1,57 million for the government as Zimbabwe Motor Distributors in 2020 sold such buses for US$357 000 per coach.

Landela said it used its resources to buy the buses and the government settled the money in local currency using the official exchange rate system.[2]

In June 2020, ZimLive reported that the deal signed between Landela Investments and the government for the importation of 662 buses for ZUPCO would see Tagwirei netting over US$60 million in profit.[3]

Landela Investments leased its buses to the CMED Private Limited the same way several bus companies and individuals are leasing to Zupco.

After concluding that the cost of hiring the buses was high, the Government and Landela entered into an agreement for the latter to sell its 162 buses.

In September 2019, the Reserve Bank of Zimbabwe froze Landela’s accounts as it battled to suppress illegal foreign currency trading on the parallel market before the suspension was lifted under a cloud.