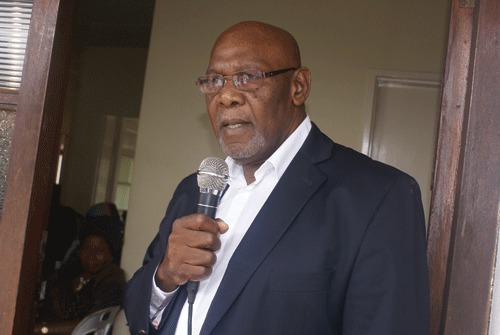 ZAPU old guards are allegedly resisting plans by party members to renew and rebrand the opposition party soon after the death of its leader Dumiso Dabengwa for fear that they could lose influential posts.

The issue was revealed by party insiders, who said despite that the late Dabengwa mentioned before his death that the party needed leadership renewal, the Zapu old guard is stalling the process.

Zapu will hold its extraordinary congress in 2021. The party postponed its elective congress initially scheduled for August owing to COVID-19 restrictions.

Dabengwa died in May 2019. He was declared a national hero, but was buried at his family homestead in Ntabazinduna.

Before his death, Dabengwa had revealed plans that he was not going to stand for re-election, saying there was need for leadership renewal and rebranding of the party in order to strengthen it.

His wish was to ensure that Zapu appealed particularly to the youth, as the party continued to lose in national elections.

However, party insiders said this put him at loggerheads with the old guard who opposed the rebranding.

“There has been for years now a call for rebranding Zapu as a party in order to align it with the current dictates and political environment, but this was resisted by the old guard who feared to have a young leadership at the helm of the party,” a source, who requested anonymity, said.

“However, Dabengwa supported the rebranding before he passed on, including some party heavyweights such as Isaac Mabuka, while others dismissed the call as being fuelled by hunger for power by Young Turks within the party,” he said.

Mabuka, who is acting party president, has already announced that he will not be contesting for any leadership post.
Under the rebranding exercise, the Zapu’s old guard was supposed to be redeployed to the party’s council of elders — a structure which is common in several political parties in Africa and elsewhere in the world — to guide the party’s ideological and policy agenda, among others.

When contacted for comment, Zapu spokesperson Iphithule Maphosa did not deny or confirm the allegations. Maphosa spent time with Dabengwa during his last days when he sought treatment in South Africa.

“We had very deep conversations about politics and about Zapu in particular. Dabengwa had this wish to renew the party. He always emphasised it whenever we discussed the future of the party,” Maphosa said.

“He used to say he would be happy to hand over the leadership to a contemporary mind, one who will turn around Zapu through a process of reform and to reposition as well as redefine its policies in line with the evolving political environment,” he said.