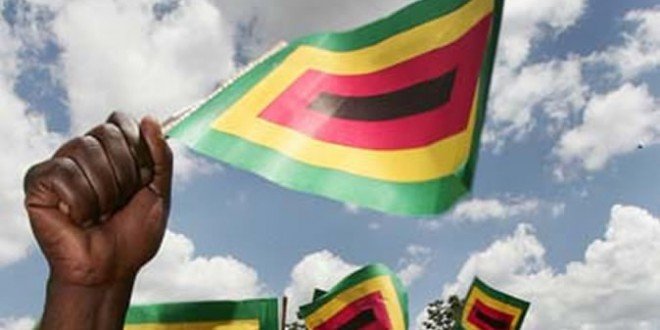 As Zimbabwe commemorated Heroes’ Day yesterday, it was time to reflect over the course of our long history in battling repression, subjugation, and injustice. We have had various sets of heroes and heroines, who have fearlessly resisted forces of oppression – in spite of the dire consequences that they had to encounter.

As Zimbabwe commemorated Heroes’ Day yesterday, it was time to reflect over the course of our long history in battling repression, subjugation, and injustice. We have had various sets of heroes and heroines, who have fearlessly resisted forces of oppression – in spite of the dire consequences that they had to encounter.

All those familiar with Zimbabwean history would obviously know of the First and Second Chimurenga and the 1960s and 70s protracted liberation struggle, waged mainly by Zapu and Zanu.

In both those uprisings, countless people, whose desire was to have a decent livelihood and ownership of the land, which had been stolen from them by settlers, who turned the indigenous people into second-class citizens, thereby, robbing them of any resemblance of humanity − perished at the hands of the oppressors.

As the majority of people realised the inhuman and brutal nature of the colonisers − who, for some strange reasons, believed that they were bringing civilisation to the indigenous population, whom they regarded as barbaric savages − they embarked on several resistance uprisings.

Names such as Mbuya Nehanda and Sekuru Kaguvi among others stand out, as they were brutally killed by settler forces − who had more superior military prowess than the spear-wielding locals.

Such atrocious behaviour proved beyond doubt that, maybe, the Africans were not the uncivilised savages they were purported to be, but those who think that “might is right”, and use their superior strength to bully weaker and poorly equipped civilians.

Nonetheless, the bravery of these men and women was not in vain, as decades later another set of courageous Zimbabweans successfully fought the settlers and snatched the country from the jaws of colonial rule, leading to independence in 1980.

However, as it turned out, soon after being assisted by the former colonial master Britain, in “winning” the 1980 independence elections − in which they presumably assured the British that they would safeguard their interests − the former liberation movement Zanu PF abruptly transformed itself into the image and likeness of the settlers they had fought against a few years prior.

A typical pigs turning into men, as in the book Animal Farm!

Similar to the colonial period, Zanu PF swiftly began to persecute, jail, torture and kill all those that it perceived as “enemies” − even though they were simply innocent men, women, and children that were never a security threat − in its bid to turn Zimbabwe into a one-party State. The Zanu PF regime started off its 38-year-long reign of terror by massacring more than 20 000 unarmed people in the Midlands and Matebeleland provinces, mostly based on tribe.

This was the most traumatising time of my entire life, since − as a mere 11-year-old in 1984 − I had to witness first-hand the destruction of Ndebele families’ lives and properties − some of whom were my friends.

This was a truly life-changing experience, since it opened my eyes as to the true evil nature of the people who − at that time were still highly regarded as heroes and heroines who had freed our nation – as from that time onwards, I made it my mission to rid this proud and great country of this dark mother of sin that ruled upon us.

That is why I started writing articles against this ruthless regime − commencing with local Midlands-based newspapers − when I was only in Form 3 in 1989.

True to nature, Zanu PF continued on its demonic path of destruction, vindictiveness, and arbitrary persecution of the people of Zimbabwe − culminating in the 2008 brazen killing of hundreds of opposition supporters, when it became clear that then leader Robert Mugabe had lost the presidential election to MDC leader Morgan Tsvangirai.

Nonetheless, when Mugabe was ousted in the November 2017 coup d’etat, that was led by the same military that he had used to terrorise innocent Zimbabweans, there was relative peace − which gave some people hope for the Emmerson Mnangagwa military-installed regime.

I, nonetheless, could never see how the same people, who had for decades been the tools in Mugabe’s reign of terror, suddenly become ambassadors of peace.

This suspicion was realised, when the hope, peace and joy did not last more than eight months, since soon after the July 30 elections, in which − according to heavily disputed results by the Zimbabwe Electoral Commission − Mnangagwa barely scrapped through with a paltry 50,8 %, reportedly marking a return to the Mugabe-era persecution and violence against opposition figures.