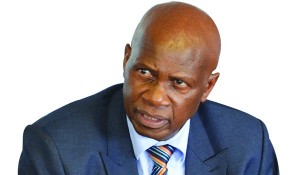 ZIMBABWE’s much anticipated arrears clearance plan with the World Bank (WB), African Development Bank (AfDB) and the International Monetary Fund (IMF) has been thrown into jeopardy after Harare failed to honour crucial conditions of the pact inked in Lima, Peru two years ago, an IMF executive said this week.

The debt plan was expected to clear Zimbabwe’s arrears, accumulated since the turn of the century, and open up opportunities for fresh loans for the capital starved economy.
Former Finance Minister Patrick Chinamasa, who had doggedly pursued the deal, changed tack earlier this year, saying although President Robert Mugabe’s government had secured funds to clear the arrears, it now sought to implement economic reforms first, to avoid relapsing into more arrears.

Mugabe’s questionable commitment to the debt plan and reforms was thrown into more doubt late last month when he moved Chinamasa, who enjoyed warm ties with global lenders, from Treasury.
Christian Beddies, IMF’s Zimbabwe country representative, told The Financial Gazette that after clearing its US$110 million to the global lender, Harare had struggled to resolve its debts to the WB and AfDB.

Zimbabwe also undertook an IMF staff monitored programme between 2013 and 2015 but failed to implement key reforms, especially cutting its bloated civil service, which gobbles 80 percent of its budget.
With debts estimated at about $13 billion, about 70 percent of its gross domestic product (GDP), Zimbabwe is among Sub Saharan African countries with highest borrowing levels.

But under the deal unveiled two years ago, at the WB and IMF spring meetings, Zimbabwe undertook to clear the IMF $110 million, WB$1,15 billion and AfDB $601 million by the end of April last year.
This week, Beddies told The Financial Gazette that after a promising start, the strategy had run into problems.

“Nothing has changed since Lima,” Beddies told The Financial Gazette at the launch of the 2017 regional economic outlook for Sub Saharan Africa in Harare.

The IMF chose Harare out of Africa’s 45 member countries for this year’s launch.
But its economic indicators showed the country was still among the worst performing on the African continent.

Abebe Aemro Selassie, the IMF’s director, African department, said progress on the road map would depend on the steps Harare would take to resolve the debt crisis going forward.
At the Lima meetings, Zimbabwe had received strong endorsement among its international creditors to support the strategy.
A deteriorating economic crisis characterised by a liquidity crisis has thrown the country’s capacity to settle debts into disarray.

In its report, the IMF classified Zimbabwe among 10 sub-Saharan Africa economies which have deteriorated significantly despite a positive outlook for the region.
The country is expected to grow by 2,8 percent this year, but will slow down to 0,8 percent next year, according to IMF statistics, as its reform programme stalls due to political, and governance challenges.

Despite the gloomy outlook, Reserve Bank of Zimbabwe governor, John Mangudya, one of the central figures to the debt plan, said the country remained committed to honouring its debt pledge to the big banks.

“We have since paid our obligations to the IMF,” Mangudya told the meeting.
“We are still on our road map to satisfy our declaration in Lima…we remain resolute. We want to work with the IMF to resolve the debt. We require capital to grow the economy. So we need to minimise the country risk. We are now looking at servicing our debts with the WB and AfDB,” Mangudya added.
The IMF said Burundi, Eritrea, São Tomé and Príncipe, Togo, and Zimbabwe’s economic outlook would be complicated by high levels of public debt.

It said climate change risks would also be important for Burundi, Eritrea, Madagascar, and Malawi.
It said Zimbabwe, along with Burundi, Chad, the Democratic Republic of the Congo, the Republic of Congo, Eritrea, The Gambia, Liberia, Sierra Leone, South Sudan had experienced a sharp deterioration in their economic performances.

It said the Sub-Saharan economy was expected to grow 3,4 percent in 2018 up from 2,6 percent in this year.

The region’s growth slowed sharply last year, averaging 1,4 percent.
It was the lowest in two decades.

It said about two thirds of the countries, which account for 83 percent of the region’s GDP, slowed down.

Sub-Saharan population growth averaged 2,7 percent, according to a 2015 World Bank estimate.
“We seeing a pickup in activity to 2,6 percent this year which is encouraging. Notwithstanding this recovery we are still going to have a situation where 12 out of the 45 countries will not be enjoying increased per capita income this is about 40 percent of the population in the region,” said IMF.