Official proceedings have come to an end here at the National Heroes Acre and we conclude our updates. Thank you for joining us.

1214: The body of national hero Brig-Gen Munemo is now being carried to its final resting place.

1208: President Mnangagwa has concluded his address.

1207: The President says the engagement and re engagement will continue with those who open their doors to the country. He says Zimbabwe is a train on the move and those who want to board should do so and those that don’t want will be left behind.

1205: President Mnangagwa says the USA has renewed sanctions against the country even though the sanctions continue to violate the basic human rights of the people of Zimbabwe.

1204: “As we sing the the national anthem may it be a recognition of the sacrifices made by cadres like Cde Munemo. My doors remain open for dialogue for all people for whatever reason,”

1201: “I challenge researchers to research on issues that will enhance our country’s capabilities in economics, politics, tourism…the late Cde Munemo was one of the cadres who were instrumental in the establishment of the Chitepo School of Ideology,”

1157: “As we mourn and draw lessons from the late Cde Munemo, I challenge educators in the country to inculcate a new mindset in our learners…a mindset that’s patriotic,”

1154: “Cde Munemo received numerous awards during his military career..he as never swayed in his entire career,”

1152: “His teaching experience was of great value to the party…after his military training he was deployed in Gaza Province….at independence he was attested into the Zimbabwean army as a Lieutenant Colonel,”

1149: President Mnangagwa says the Munemo family’s loss is that of the country as well as the nation is poorer without him. He says it is that rich record which has earned him a place in the people heart and it is why he is being buried at the national shrine together with other revolutionaries that went before him.

1147: “The late Cde Revolution Tichatonga as he was known during the liberation struggle….was a man who served his country with loyalty and distinction,”

1144: The President starts with salutations. 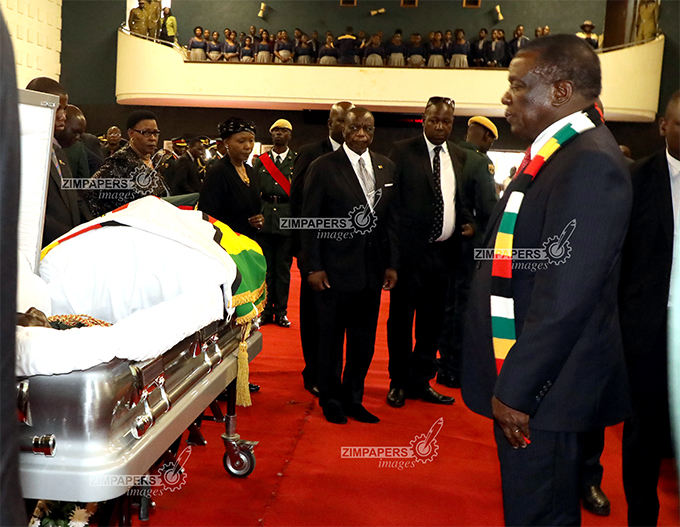 1133: The family representative describes Brig-Gen Munemo as a strategic man who challenged family members to understand the history of the country.  Brig-Gen Munemo was critical to the creation of the Civil-Military Division in the Zimbabwe Defence Forces.

1130: Home Affairs and Cultural Heritage Minister Cain Mathema is the Master of Ceremony and he calls a family representative to address the mourners.

1120: Proceedings start with a sermon.

1101: President Mnangagwa has arrived at the national shrine. VPs Chiwenga and Mohadi are also present.

1100: The body of national hero Brig-Gen Munemo has arrived at the National Heroes Acre and is now being taken to the Tomb of the Unknown Soldier.

1001: President Mnangagwa has arrived at Stodart Hall. He is set to lead the body viewing rites soon. 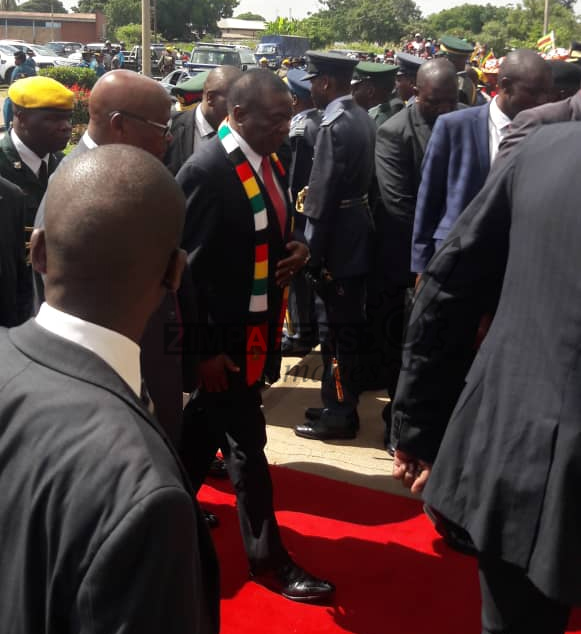 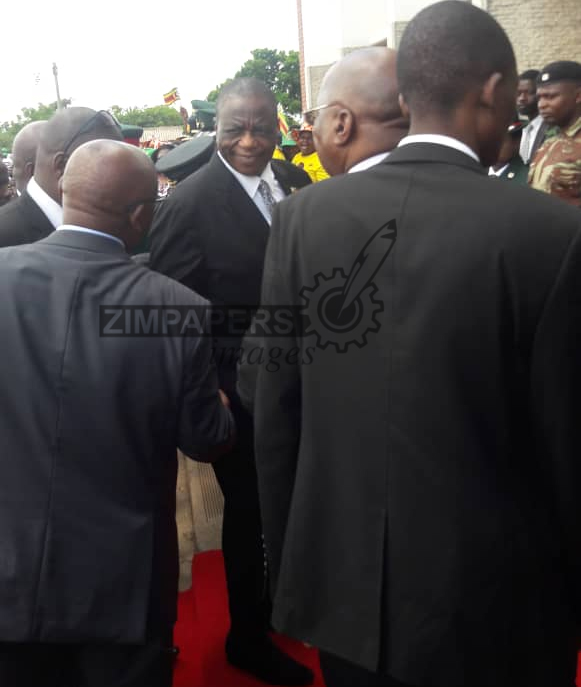 0902: The body of national hero Brig-Gen Munemo has arrived at Stodart Hall in Mbare accompanied by close family members.

0900: We will be giving you live updates of the burial of national hero Brigadier-General Emilio Munemo at the National Heroes’ Acre today. Brig-Gen Munemo died on Sunday after a short illness.