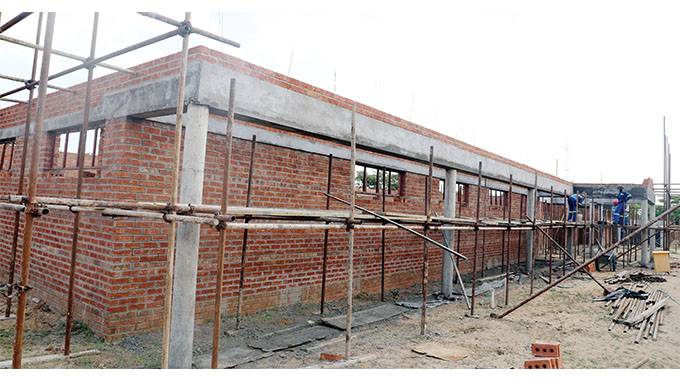 BY PRAISEMORE SITHOLE
CONSTRUCTION of pharmacies at health institutions in Matabeleland North province is almost complete, with work at the main provincial hospital in Lupane also nearing completion, government has revealed.

Last year, government allocated $47 million for construction of Lupane Provincial Hospital, as the province relied on St Luke’s for health services, while critically-ill patients were referred to Bulawayo.

Lupane Hospital has a 250-bed capacity.

Matabeleland North is the only province in the country without a provincial hospital.

Last year, Vice-President and Health and Child Care minister Constantino Chiwenga said the completion of the hospital was at the top of government’s priority list.

“They are also finishing health staff residences, which will accommodate eight families per floor as the building is a two-storey one,” Kuretu said.

“The hospital is in its first phase and they have started working on the administration block. Our idea is that we can be using the hospital while some sections are still undergoing construction.

“We are hoping this will be very soon, because we had anticipated that by end of this month the hospital would have started working but there have been delays.”