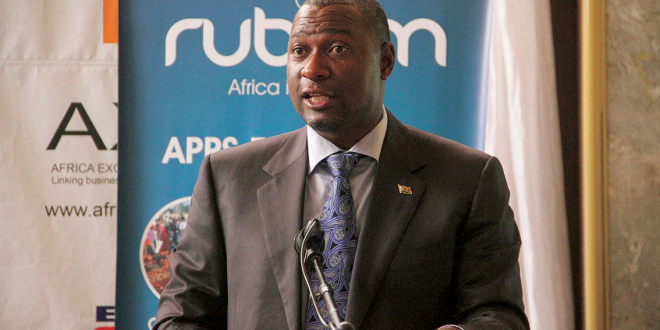 FORMER Information Communication Technology minister Supa Mandiwanzira, who is also Nyanga South MP, has threatened to sue South African publication, Maverick Citizen, over its article where it alleged that he was corrupt and allegedly involved in illicit business deals.

Mandiwanzira was one of the Zanu PF officials named in a 64-page report, The Massive Scale of State Capture and Corruption in Zimbabwe, which was published by the Daily Maverick, where he was alleged to be the owner of a company called Univern.

The South African media house claimed to be in possession of details of the scale of the alleged theft and illicit cross-border financial transactions that had resulted in Zimbabwe losing up to US$3 billion a year in illicit financial flows.

On Monday, Mandiwanzira during an interview with SABC threatened to take legal action against the editor of the publication, Mark Heywood.

“I have been on social media denying the allegations and I have communicated with the Daily Maverick, which has not had the courtesy of withdrawing the allegations. We are definitely taking legal action and this week they will be receiving papers from our lawyers in Johannesburg,” he said.

“What I have a problem with regarding this report is the mention of my name being linked to a company called Univern. It’s a repeat of a discredited allegation, and I do believe that the editor of this report together with its publishers should have taken more care in establishing the veracity of such an
allegation.”

Added Mandiwanzira: “If anybody claims to be doing an investigation that is independently verified, surely they should be able to give an opportunity to those who are mentioned to give their side of the story.

“No such opportunity was given to me and my biggest concern is that the information over who owns this company is publicly available here in Zimbabwe.”

In trying to defend the story, Heywood said: “… It mentions Mr Mandiwanzira not as the owner. He has mentioned repeatedly on social media in the last few days that we claimed he is the owner of this company, Univern. The report says no such thing.

“It has been alleged that former minister Supa Mandiwanzira is a shareholder of Univern. Supa Mandiwanzira also appears to own the company Tarcon … these are not new allegations incidentally, they were first published in 2014 by Transparency International.”

Heywood claimed the report was independently verified and fact-checked in Zimbabwe.

In a statement yesterday, Adam Molai and Pacific Cigarette Company also described the Maverick Citizen’s claims about their alleged involvement in cartel power dynamics in Zimbabwe as “vindictive and without foundation”.