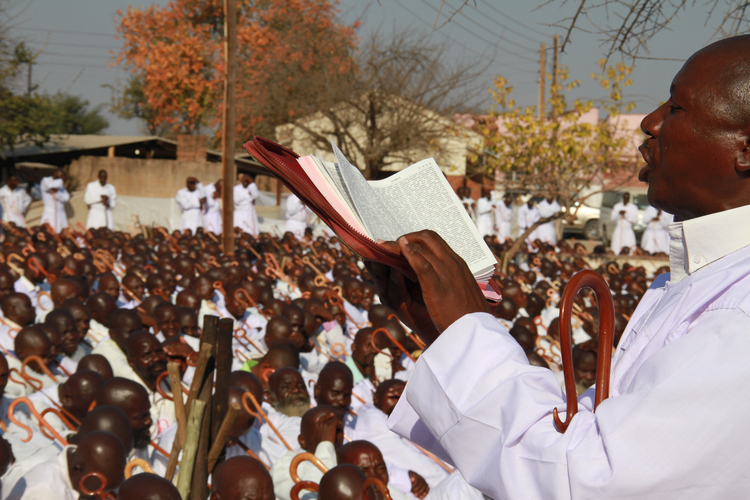 Almost every country in the world today has come to recognise that women are an important constituency in our communities.

Back then, women used to have no voice in most societies, even choices on who to marry depended on men.

But the world has transmogrified now, we now have women in powerful positions both in politics and private businesses.

Gone are the days when opportunities were made and created only for boys.

Families back then would prefer to give the boy child opportunities, be it school or employment, reserving the girl child only for marriage.

Basically the girl child had no value, but thanks to many levels of engagement and human rights movements, we are almost there.

Of all crimes against women, rape is the most heinous and for many generations, the Marange Apostolic sect has been violating young girls’ sexuality by marrying them off at a tender age, as young as nine.

The story of Memory Machaya is a reflection of the thousands cases of rape that go unreported.

These young girls are denied health care and an education — basic human rights.

More often than not, we have seen political leaders flocking there to mobilise support during election campaigns and none of them has called out this culture of raping little girls.

“Religion is the sigh of the oppressed creature, the heart of a heartless world, as it is the spirit of spiritless conditions.

“It is the opium of the people,” a famous social theorist described religion as a tool to oppress the subordinates.

For the past years, Apostolic sects have been in the spotlight for being a mating ground for child molesters at the same blocking members from seeking medical attention for any illness due to religious beliefs.

Of cause, we should accept diversity of religious beliefs, but sexual abuse in the name of religion is totally unacceptable.

No to early child marriages

Justice for Memory Machaya is the hashtag trending on social media as people demand justice for the 14-year-old girl who died while giving birth reportedly at a church shrine in Marange last month.

The Zimbabwe Republic Police is said to be investigating the sickening incident that caused public anger.

The government must be reminded again that abuse of women in the Apostolic sects is not a novelty, but disgusting conduct and violation of rights under the guise of concocted religious beliefs.

Section 81(2) of the constitution of Zimbabwe Amendment No. 20 Act 2013 states that a child’s best interests are paramount in every matter concerning the child and Section 81(e) protects every child from economic and sexual exploitation and any form of abuse.

Religion and politics are inseparable entities since the reign of the late former president Robert Mugabe, it seems “Vapostori” (believers associated with white robes) are living within their own jurisdiction.

If their doctrines serve the interest of polygamous religious leaders to satisfy their sexual feelings, then what are human rights?

On whose template are they reading it on?

The uproar over Machaya’s dreadful and outrageous death conveys government’s lack of resolve to rampant abuses of women by religious leaders, child marriage is dominant in the eastern region of Zimbabwe.

Should I say the government and Vapostori are dovetailed?

The fact is, there is a thin layer between Zanu PF and Apostolic sects (vapostori) in as far as the issue of human rights is concerned.

“I have observed the expression of outrage at the horrible death of #Memory Machaya, the 14-year-old who died during childbirth. Her death shames the nation.

“She was just a child. But we will continue to kill Memory unless we crack the nexus of religiosity, politics & patriarchy,” Alex Wamagaisa tweeted.

Kudos to the first lady Auxillia Mnangagwa’s philanthropic work that has helped some vulnerable groups in Zimbabwe prompting the government to intervene to complement her efforts in some cases.

However, the foundation is not yet “an Angel of Hope‘’. The Zimbabwe Order of Gold Star awarded to the first lady by President  Emmerson Mnangagwa at the National Heroes Acre last week should have been granted provided she had initiated the “justice for Memory” campaign.

Dear Amai venyika [first lady], you should put politics away and utilise this opportunity to challenge rape and abuse of a girl child before your time expires.

You won’t be the first lady for the rest of your life.

You must do something to create a good history, don’t you think the former first lady Grace Mugabe is regretting now?

Mnagwagwa’s government is always quick to act when arresting activists and journalists who speak truth to power or expose rampant corruption in the country.

The government does not hesitate to act on anything that is a direct threat to their unscrupulous governance. It took them seconds to arrest freelance journalist Hopewell Chino’no because of a ‘tweet’ that he posted on his Twitter handle @daddyhope on October 28, 2020 which read; “The day I was denied bail in July, Chief Justice Malaba was seen leaving the magistrates court in the morning.

“The judge’s letter says he tells magistrates how to rule. The same happened when I was denied bail at the High Court. How can we go to courts which cook judgments?”

Mnangagwa addressed the nation on Heroes Day, but did he show concern about the sad incident of the14-year-old girl, who died while giving birth at the Marange shrine?