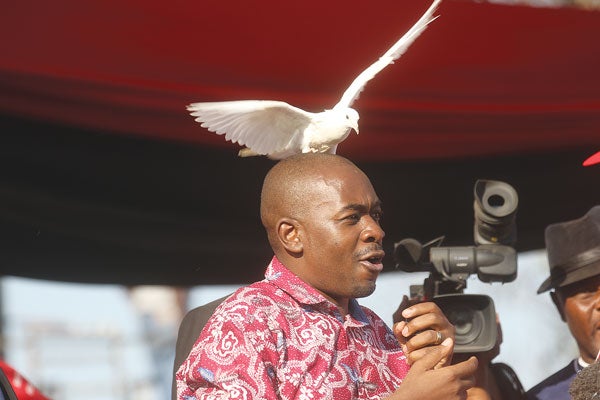 THE Nelson Chamisa-led MDC national council is scheduled to meet today to finalise the party’s blueprint dubbed “Reload”, which spells out a plan to immediately set up a transitional authority to rescue the country in the wake of a worsening socio-economic crisis.

The party has refused to accept results of last year’s presidential election and continuously called for a transitional authority.

“The national council will also discuss and adopt the Reload blueprint. This is the document that seeks to guide us on what steps to follow in pursuit of legitimacy,” Hwende said.

“The document deals with the issue of the national transitional authority that we are seeking. It also deals with issues of desired reforms that we are seeking, among other many issues. It will be presented, debated and hopefully adopted because it is the council’s mandate to approve it.”

But Zanu PF has dismissed calls to debate President Emmerson Mnangagwa’s legitimacy, saying that issue was now water under the bridge following a Constitutional Court ruling which upheld the Zanu PF leader’s victory in the July 30, 2018 polls.

“The whole policy is about a bridge from the current mess that we are in,” Mafume said.

“We need a transitional authority and the current set-up cannot restore legitimacy. This is a continuation of the Zanu PF regime as it was which led to this legitimacy crisis.

Mafume said their blueprint would pave the way for democratic practices that will deal with the current challenges.

He added that they also want devolution to be put to practice to allow various regions to utilise their resources to improve local livelihoods.