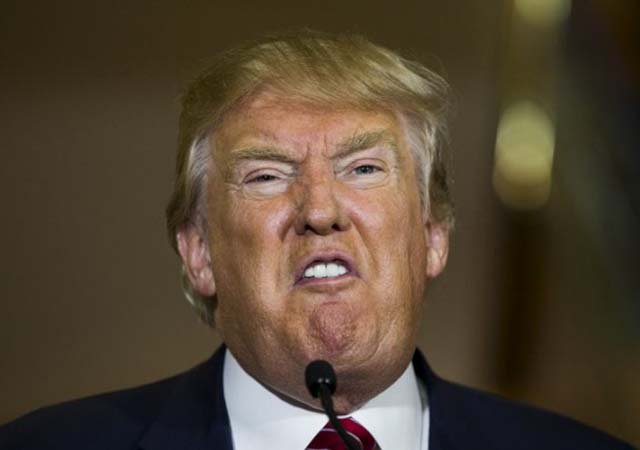 Tafataona Mahoso Correspondent
ON June 29 2009, former Cabinet Ministers from the Morgan Tsvangirai-led faction of the MDC, in an unprecedented move, announced their boycott of Cabinet. Then Deputy Prime Minister Thokozani Khupe told a Press conference the purpose of the indefinite boycott was to force a paradigm shift within the ruling Zanu-PF. The boycott then turned out to be purely a media stunt.

More than eight years later, the MDC formations are no longer in Cabinet, but they are in Parliament and they control the majority of city and town councils in Zimbabwe. The new President Cde Emmerson Mnangagwa has invited the opposition parties to contribute to the national reconstruction of the Zimbabwe economy. Instead of coming up with contributions to the new national economic reconstruction programme, this is what they are telling Madzimbahwe according to their own statements and according to media sympathetic to their latest boycott of Zimbabwe.

This is yet another major media stunt and it needs to be placed in context:

First, the immediate trigger for such a stunt is not what has been stated.

The immediate cause is the embarrassment which all the supposed democratic parties and so-called democracy and human rights defenders suffered on November 18 2017, when through Operation Restore Legacy, the Zimbabwe Defence Forces on the streets proved to be more unifying and more popular among the povo than all the political parties and civil society organisations combined.

Second, the MDC formations and their civil society supporters foolishly mistook as a media stunt the mass mobilisation of the povo in support of the ZDF.

They failed to realise that the mass mobilisation was the culmination of organic civil-military relations founded in the Second Chimurenga and consolidated since 1980 with a climax in the Third Chimurenga or land reclamation and land redemption revolution of 1997-2007. The war veterans outside the ZDF have been responsible for nurturing that organic relationship while those still serving in the ZDF have been responsible for collecting more experience and expertise in working with civilian populations during UN-sponsored peacekeeping and peace-enforcement operations around the globe.

These are the factors which explain why Operation Restore Legacy was so peaceful that even the High Court could uphold it as executed within the Constitution to restore the constitutional order.

In this sense, it was a fatal mistake for the MDC formations to mistake November 18, 2017 as a ZDF media stunt!

The opposition’s globe-trotting gimmick was therefore meant to try to overshadow Operation Restore Legacy. If that failed, at least the opposition would succeed in helping detractors to distort the meaning of the resulting new dispensation.

In the third place, the opposition’s global media stunt has been triggered by several post November 18 analyses in papers sympathetic to the same opposition concluding that the nation-wide mass mobilisation of the povo in support of Operation Restore Legacy had rendered the entire opposition and its agenda redundant.

The opposition had been organising a “Final Push” to oust President Mugabe for more than 15 years and now that Operation Restore Legacy had achieved exactly that objective and a lot, lot more, what was the opposition going to do, since it had no meaningful popular national economic programme for the people?

The following newspaper stories can be used as just a few examples demonstrating this third point:

In the fourth place, the opposition leaders’ rushed escape to Washington, while the people are consumed with efforts to catch up with the 2017-2018 agricultural season and to grow the rest of the economy, demonstrates that the new president was wise not to include the escapees in his Cabinet.

In the fifth place, November 18, 2017 showed on all local and foreign cameras that there was no violence or conflict between ZDF personnel and the freely demonstrating povo, who filled the streets of entire cities. But Madzimbahwe had seen and suffered much internal violence within political parties, which between 2014 and 2017 grew into a national threat.

In this context, the opposition parties determined that the image of the ZDF had not just become unbelievably good; it put the political parties to shame.

We have therefore been subjected to frantic efforts among media outlets and platforms sympathetic to opposition parties and to the disgraced G40 formation to build a body of negative stories and reports which could put a big wedge between the ZDF, war veterans and Zanu-PF on one hand and the povo on the other hand by tarnishing the standing of the ZDF and all political leaders related to the ZDF, even those who have long retired from the force.

This is the purpose of the much hyped front page story “Soldiers fire at bus with passengers” (NewsDay December 12, 2017).

Having put the opposition’s escape to Washington in context, let me now move to the media significance of the timing of the trip as a stunt.

According to Jerry Mander:

“It was clear that as (activist) life increasingly moved away from the streets, community centres and market places, one message on television – even just 30 seconds – was worth more than a thousand hours of organising or whistle – stop political touring or hundreds of newspaper advertisements.”

Not only was work on the streets and on the farms hard and boring, but even within the media, certain platforms were discounted because their impact was considered slow and lacking in glamour. In the case of Zimbabwe at the end of 2017, camera lights in Washington DC are more exciting to opposition leaders than Command Agriculture back home.

The Western activists, just like the MDC formations in our case, failed to notice that television was not just changing “public opinion,” apparently in their favour; it was also changing them. Therefore the opposition and the G40 have been chasing after spotlight on media platforms such as Twitter while running away from the real sources of intelligence and wisdom on the streets, on the farms and in the real economy.

“All competing factions shared the idea that if they could gain access to it, television (and the Internet), could communicate their message as well as any other, that television (and social media) technology was only a neutral instrument.

“Intent on changing other people’s minds, they did not consider that television (and social media) might change those who use it.”

In this regard, MDC-T has emerged as the party of media stunts, the party that is surrounded by media tricksters and handlers, who have no organic grounding in the culture and history of Zimbabwe.

Jerry Mander elaborates: “Educational work was sacrificed to public relations work. The goal became less to communicate with individuals, governments or communities than to influence media. Actions began to be chosen less for their educational value or political content (meaning) than for their ability to attract television cameras (impact).

“Dealing directly with bureaucracies or corporations was frustrating and fruitless. Dealing with communities was slow. Everyone spoke of immediate victory.”

Such an approach can backfire, not only against the MDC-T, but also against the whole country. One result of the over-mediation described by Mander is the entrenchment of a dangerous hierarchy of mediated actions:

The concerns of ordinary people on the streets and on the farms are relegated to the “back-burner” because they don’t have media impact.