Media key in fight against corruption — Minister . . . urged to be candid, professional 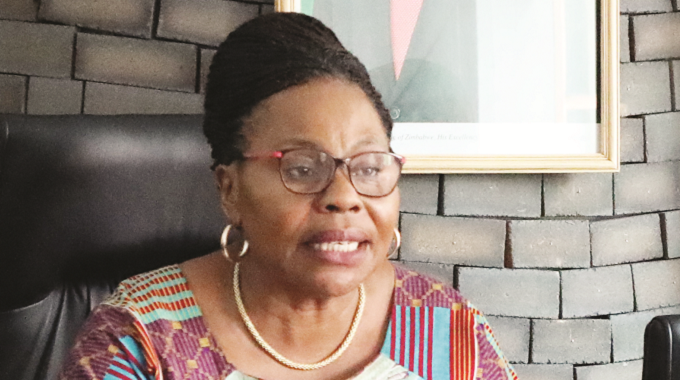 Robin Muchetu, Senior Reporter
THE Minister of Information, Publicity and Broadcasting Services, Cde Monica Mutsvangwa, has said the media needs to adopt a fearless and objective position when reporting on corruption.

This, she added, would help Government to deal with corruption which has become a major problem in efforts to turn around the economy. Cde Mutsvangwa said this while addressing a Parliamentary pre-budget seminar in Bulawayo on Friday.

“This is a mammoth task to project the right image of our country; if we are very honest to ourselves we must accept that we have done a very good job of marketing our beautiful country and its people. We have been provided with that democratic space by the President and it is now time to reform and build a new economy to a population that has suffered economic deprivation for a long time. It is critical to have everybody on board,” she said.

She said the media has to create an environment where the mantra “Zimbabwe is open for business” can bring results and successes to the economy.

“We are talking to journalists and it is critical that for us to succeed they should report candidly and professionally on economic issues. We have a Government which has a zero tolerance to corruption and for us to win this fight we need a media that is fearless and objective, we also need digital literacy to package our information. Digitalisation will make it easy to access information. It will help us close the gap between the rural and urban populations,” she said.

She lamented that 95 percent of the ministry’s vehicle fleet was grounded, a situation that has affected mobility of information officers and compromised the dissemination of information especially in rural areas. Speaking on exposure of journalists, Cde Mutsvangwa said it was time to help journalists improve on skills and avail more opportunities for them.

“We are talking of benchmarking and exchange programmes for our journalists, we need them to report from a position of exposure, not inward looking and so it is critical that the ministry sponsors and hosts opinion drivers from the international world to help our journalists in training because what we need by engaging with these foreign media practitioners is to help improve the country’s image out there,” she said.

Cde Mutsvangwa said digitalisation needed to be completed in order to bring more players on board.

“We have to work hard to finalise digitalisation and we will soon be issuing licences to other players for competition purposes too, as competition is the way to go, opening the airwaves is our mandate in this Second Republic and it’s good for the people. There must be diversity. We want a lot of content and we can get information from the provinces through community radios. We will be doing a lot of stakeholder consultations and conferences as we cannot make decisions sitting in the offices, we need to get information from the media practitioners out there. We have equipment that was meant for digitalisation and was brought in 2015, this is technology and technology changes very fast now, and it will become obsolete before digitalisation is even complete so we need financial inclusion from the Finance Ministry.”

Cde Mutsvangwa said the Government was working to improve the welfare of journalists.

“We are working with various media institutions to ensure that journalism is a worthwhile, respectable and useful profession. The messages they send out build opinions so now we need to get rid of destitution out of the profession. We are working closely together and we are going to come up with a fund to ensure their welfare is improved. We will work with every media institution across the board,” she said.