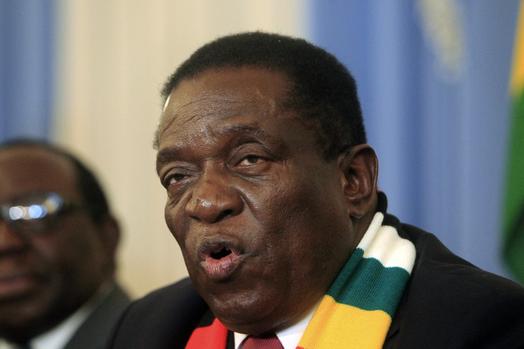 Harare – Zimbabwe’s presidential inauguration has been postponed, the justice minister said Friday, after the opposition MDC party lodged a court bid to overturn the results that gave a narrow victory for Emmerson Mnangagwa.

“The inauguration is no longer going ahead (on Sunday) as planned,” Justice Minister Ziyambi Ziyambi told AFP.

“All proceedings are suspended pending the determination of the Constitutional Court.”

Earlier, the MDC confirmed it had lodged a challenge to overturn the results of presidential elections and accused the ruling ZANU-PF party and the election commission of ballot fraud in the July 30 vote, Zimbabwe’s first poll since the ousting of Mugabe in November.

“We will rest when this country is liberated,” Jameson Timba, a senior member of the MDC, told journalists outside the Constitutional Court after party lawyers arrived accompanied by plastic boxes full of paperwork.

Party leader Nelson Chamisa tweeted: “Our legal team successfully filed our court papers. We have a good case and cause.”

Mnangagwa, who is seeking to reverse Zimbabwe’s economic isolation and attract desperately-needed foreign investment, had vowed the elections would be fair and would turn a page on Mugabe’s repressive 37-year rule.

International monitors largely praised the conduct of the election itself, although EU observers said that Mnangagwa, a former long-time Mugabe ally, benefitted from an “un-level playing field” and some voter intimidation.

Mnangagwa narrowly won the presidential race with 50.8% of the vote — just enough to avoid a run-off against the MDC’s Nelson Chamisa, who scored 44.3%.