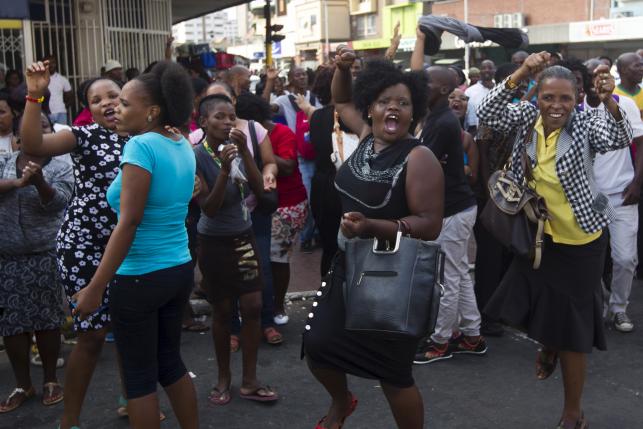 LEGISLATORS have called on Zimbabwe and its regional counterparts to urgently take action on the raging South African crisis to rescue locals who could have been caught in the crossfire following recent incidents of looting and violent clashes that saw to 337 people killed.

The neighbouring country is facing arguably its most serious crisis since the end of apartheid in 1994 after the violence that followed the incarceration of former President Jacob Zuma two weeks ago for refusing to appear before a State-appointed commission of inquiry. South African President Cyril Ramaphosa has claimed that the chaos was an attempted insurrection, which forced him to deploy the military following days of looting and violence.

South Africa is home to millions of Zimbabwean economic and political refugees.

On Wednesday, MPs expressed concern over Zimbabwean authorities and the regional bloc Sadc [Southern African Development Community] silence at a time when South Africa was burning. The MPs said government should also account for locals based in South Africa and check whether they were safe in the wake of the bloody clashes, particularly in Zuma’s home province of KwaZulu Natal (KZN) and Gauteng.

“What are we doing as a country and also as Sadc to intervene in the situation in South Africa?” Goromonzi South MP Energy Mutodi asked.

Buhera South MP Joseph Chinotimba expressed concern over the safety of Zimbabweans in South Africa, saying there was need for clarity on whether Zimbabweans were safe in the wake of the shooting of 337 people.

“Since we heard that there were more than 300 people who were shot dead, are there Zimbabweans among those who were shot?” Chinotimba asked.

Harare North MP Norman Markham chipped in saying there was need for government to have proper records of Zimbabweans in South Africa in order to assist them when the situation gets worse.

Foreign Affairs deputy minister David Musabayana said it was difficult for Zimbabwe to intervene in the South African crisis as the neighbouring country was a sovereign State.