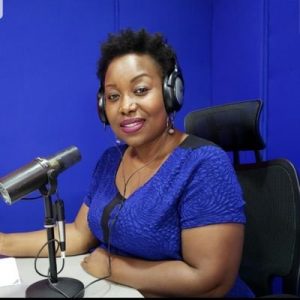 REGISTRAR-GENERAL (RG) Tobaiwa Mudede has made a U-turn and admitted that his officers erred by refusing to grant a passport to freelance journalist Violet Gonda, who had been blacklisted by the government and denied the travel document.

An official at the RG’s Office last month declined to issue Gonda with a passport when she attended at
Mudede’s Offices with the intention of applying for a new Zimbabwean passport to replace the one which
had expired while she was resident in the United Kingdom.

In declining to issue Gonda with a passport, the official at Mudede’s Offices returned her application with an
endorsement written “S.L”, which implied that her application could not be processed as her name was on a
so-called STOP LIST and hence the RG was prohibited from issuing her with a passport or any form of
identification which a Zimbabwean citizen is entitled to.

This compelled Gonda to approach her lawyer Denford Halimani of Zimbabwe Lawyers for Human Rights,
who on Tuesday 28 August 2018 filed an application in the High Court seeking an order to oblige Mudede
and Home Affairs and Cultural Heritage Minister to unconditionally issue Gonda with a Zimbabwean
passport.

But in response to Gonda’s application, Mudede said the freelance journalist is entitled to a passport and
said the so-called “STOP LIST” administered by his office does not apply to her.

Mudede said Gonda encountered some “administrative problems” with a junior officer who attended to her
but should have “escalated” her issue to a senior person in his office.

The RG charged that filing of the court application could have been avoided had Gonda referred her issue
to a senior person in his office or to himself directly.

The matter is yet to be heard and determined by the High Court.