Mugabe is gone. But his tactics persist in Zimbabwe’s first election without him. 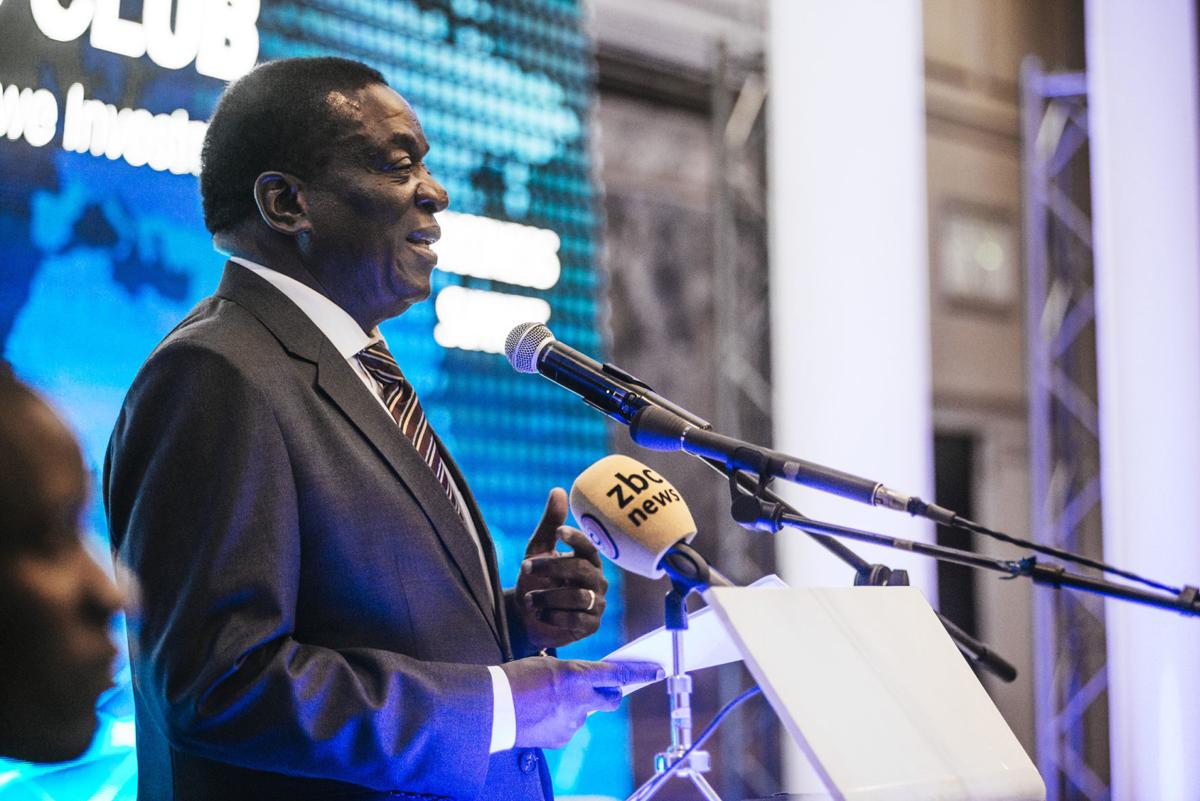 Source: Mugabe is gone. But his tactics persist in Zimbabwe’s first election without him. | National and World | sentinelsource.com

BINDURA SOUTH, Zimbabwe — Most Zimbabweans have known only one president: Robert Mugabe.

But on July 30, a new man will represent Zimbabwe’s ruling party on the ballot for the first time in 38 years. Emmerson Mnangagwa, who went from being Mugabe’s right-hand man to his unseater, has taken the reins.

Although he’s a party stalwart, Mnangagwa, 75, has cast himself as a beacon of change. And after decades of authoritarian rule that isolated Zimbabwe, he is promising to end the political violence and intimidation that characterized Mugabe-era elections. International observers are now in Zimbabwe for the first time in decades. But accounts from opposition supporters in this rural constituency, 50 miles from the capital city of Harare, show how the ruling party’s intimidation and patronage apparatus is still very much intact.

While observers have so far avoided saying outright that the campaign season has not been “free and fair,” human rights organizations and opposition groups are compiling an ever-growing number of reports of electoral malpractice, including death threats to opposition candidates, forced attendance at rallies and the distribution of government handouts to Mnangagwa supporters. (Only a small fraction — less than 50 reports so far — have indicated physical violence.)

Since mid-June, more than 500 reports have streamed in from all of Zimbabwe’s provinces, and nearly all were attributed to Mnangagwa’s party, ZANU-PF. A consortium of seven civil society organizations, operating together under the name We The People, have set up a call center to field and verify the reports.

The benchmark for most Zimbabweans is the 2008 election. That year, Mugabe lost the first round to his perennial challenger, Morgan Tsvangirai, leader of the main opposition party, the Movement for Democratic Change, or MDC. Between the election and the runoff, ZANU-PF and the military carried out a campaign known internally as CIBD: coercion, intimidation, beating and displacement. More than 80 were killed, and Tsvangirai himself was brutally beaten.

“The intimidation is more subtle this time. The modus operandi has changed but the message is the same as it was under Mugabe: ‘If you choose the wrong side, the violence will be terrible,’ “ said Zachariah Godi, who works with We The People to verify the reports the call center receives.

Bindura South is a rural constituency that saw waves of violence and displacement in 2008, and We The People is seeing a high number of reports from there this year, too. On a trip to the area in early July, nearly everyone interviewed by The Post agreed that Zimbabwe is somewhat freer under Mnangagwa than Mugabe. But the trauma of 2008 is still very much alive.

In April 2008, Clifton Mawire, then 23, had his hands tied behind his back before being shoved to the ground and beaten with wooden planks. He knew the men who thrashed him — they had grown up together. As they beat him, they asked, “Why don’t we see you at the ZANU rallies? Are you an MDC supporter?”

Mawire says this year’s election feels a bit too much like 2008 to him for comfort.

“Right now, Mnangagwa is preaching peace to the world, but here ZANU is saying, ‘We know who you are; we will know who you voted for; we have your fingerprints,’” said Mawire. The government has instated a biometric voter registration system, which has figured regularly in reported threats and raised fears, likely unfounded, that the vote will not be secret.

On the surface, plenty else does look different a decade after 2008. Mugabe is not only relegated from power, but many ZANU-PF supporters speak openly about his brutality and mismanagement of the economy. Mnangagwa’s campaign is centered on “opening up Zimbabwe” for foreign investment, rather than the anti-imperialist rallying cries that made Mugabe famous.

Some ZANU-PF and army officials are still subject to international sanctions but are hoping the appearance of a free and fair election will help lift them.

Outcry over reports of irregularities has been lukewarm in part because ZANU-PF’s opposition isn’t as strong as it could be. Tsvangirai died after a long battle with cancer in February, and a 40-year-old lawyer named Nelson Chamisa has taken the helm. He speaks, improbably, of turning the country into a technology hub. He is prone to histrionics, saying he’ll boycott the election one day and relenting the next. MDC posters are rare, compared to the ubiquitous Mnangagwa banners, but they aren’t torn down immediately, like in the past.

Over decades in power, ZANU-PF conflated itself with the state, developing pervasive systems of patronage and controlling access to information. The party also demonstrated what could happen to dissenters: denial of public services, social ostracism and in extreme cases, disappearances and killings. The army and police are widely perceived to be on their side, though the army reaffirmed its neutrality in a statement this month.

On a recent day in the call center, however, volunteers got a call from a farmer named Saini Saini, from the Gokwe North district. He told The Post that local ZANU-PF supporters came to his home and said they would kill him if he voted for Chamisa.

“How can I report this to the police when they themselves openly wear ZANU-PF regalia?” said Saini. “We need help.”

Fear and distrust are the undercurrents of Zimbabwean opposition politics and may discourage many from voting. According to a recent Afrobarometer survey, a third of Zimbabweans believe their vote will not be counted, nearly half believe an incorrect result will be announced, and almost as many believe there will be violence after the announcement.

Nevertheless, ZANU-PF officials are adamant that a new era has begun in Zimbabwe.

At a rally in a small village in Bindura South, Remigious T. Matangira, ZANU-PF’s sitting member of parliament for the area, bellowed to the crowd, “We must show the world how democratic we are! Let the observers come and see! We have nothing to hide.”

On the sidelines of the rally, Matangira acknowledged that ZANU-PF had engaged in “hate speech” in the past, but that Zimbabwe now needed re-engagement with the wider world and that “true democracy” was the way forward. Then he named Libya’s Moammar Gaddafi and Cuba’s Fidel Castro as model leaders who “commanded the love of their people.”

While Matangira spoke, a truck arrived with 600 sacks of fertilizer. Alwin Ngoshi, a local ZANU-PF ward councilor, confirmed that the fertilizer was from the state-owned Grain Marketing Board and that village chiefs had compiled lists of loyal ZANU-PF supporters for distribution — a clear breach of electoral code.

In the secrecy of a car parked on a rural stretch of road, Baison Baison, an MDC candidate from Bindura South, showed a reporter a text message he received from a friend who had been attending a Matangira rally where the press was not present.

”He has just threatened to kill you,” it read. “Please be careful.”

Baison said he received a similar threat from his direct opponent in the election, a ZANU-PF official named Bigboy Nyakudya. (Nyakudya denied threatening Baison.) When Baison reported it to police, he says they told him they couldn’t help because they had no fuel for their vehicles, which had flat tires anyway. Charity Charamba, an assistant police commissioner in Harare, said she would follow up with Baison and that all police are “adequately resourced.”

Asked about allegations of intimidation, Matangira said: “In any jungle, one may find a tame lion. A weak person may say, ‘That lion is threatening me.’ We are that lion. And the MDC is weak. The real threat to them is simply that they have no supporters.”

Zimbabwe’s minister of justice said he tended to agree.

”The only problem so far in this election is false perceptions,” said Ziyambi Ziyambi, whose position is one that Mnangagwa held for 15 years. “As for what you have seen regarding the distribution of fertilizer, you must understand that we have a culture of providing inputs to mitigate against drought and hunger. This is something that has always been done.”