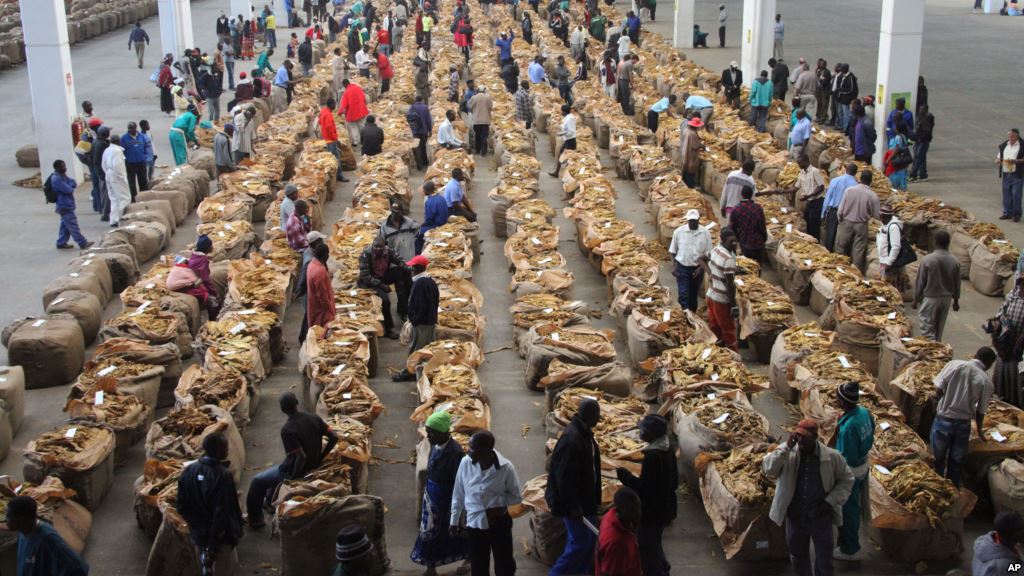 THERE was mayhem at Agribank Mvurwi and Voedesel Tobacco Company on Wednesday afternoon after tobacco farmers failed to access their hard-earned money supposedly transferred into their bank accounts by the tobacco firm.

Scores of farmers started singing revolutionary songs at Agribank as they marched towards the Voedsel Company offices, where they were baying for the management’s blood and the managers had to lock themselves inside the premises.

Some of the farmers hurled insults at the management, while others kept on singing and dancing to revolutionary songs.

“We are saddened with the treatment we are getting here at Voedsel. Since we brought our bales last month-end, our money has not reflected at Agribank,” one
farmer fumed.

“Many of us are living with HIV and Aids and to take our medication we need food, so how do we get the food if we are not paid, this is disgusting.”

Agribank officials followed the farmers to Voedsel in a bid to quell the situation, but had to run for their dear lives after the farmers threatened to destroy
their vehicle.

The bank manager, Cosmas Masawo, could not be reached for comment as his mobile phone was switched off until the time of going to print.

Voedsel Tobacco is a wholly indigenous company licensed by the Tobacco Industry and Marketing Board as a Class “A” buyer.

Their licence permits the company to buy tobacco at the auction floors in Zimbabwe for the export market.

The firm started operating in Mvurwi this season and farmers flocked to join it.