NEW YORK — Newly-appointed Finance minister Mthuli Ncube would like to employ a “big bang” economic reform programme to the battered economy where unemployment is running above 80%, but recognises politics will limit the speed for change. 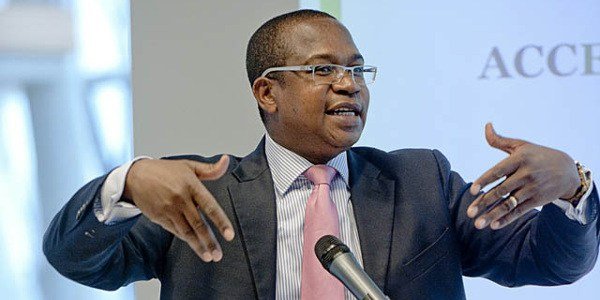 “My preference is a fiscal shock, but there is a what you call the political collar or the politics of policymaking which then slows you down. My preference would be more of a big bang approach because every day counts in terms of cost,” Ncube, a former banker, said in a briefing with journalists on the sidelines of an investor conference in New York on Friday.

Ncube joined the government of President Emmerson Mnangagwa earlier this month. Mnangagwa won a disputed vote on July 30 in the first election since Robert Mugabe was removed by the army last November after nearly four decades in power.

Lack of foreign investment, fiscal deficits and acute shortages of hard currencies like the US dollar are, but some of the economic problems Zimbabwe, once known as Africa’s breadbasket because of its agricultural exports, is enduring.

The new government’s focus on getting the economy back on track requires paying off the roughly $2 billion in arrears to international financial institutions such as the World Bank, African Development Bank (AfDB), European Investment Bank (EIB) and the $4 billion it owes the Paris Club of sovereign nations.

John Mangudya, who is both governor of the Reserve Bank of Zimbabwe and chairman of the government’s arrears clearance committee, said the strategy is to clear the debts to the World Bank and AfDB first before approaching the Paris Club.

“We are looking at many options,” Mangudya said. He expects to announce the plan within six months, noting the need for debt sustainability.

“One year from now, our wish and our hope and prayer is that we would have cleared our arrears,” he said.

Going to the International Monetary Fund cannot happen until the arrears are cleared, however. In the meantime, Mangudya would like to engage in a six-month IMF staff-monitored programme through June 2019 as part of the nation’s re-engagement with the global economy.

The creation of a Zimbabwean currency is not a priority, however. Zimbabwe uses a mixture of other nations’ currencies to conduct daily economic functions, which can be problematic if there are shortages.

Mangudya indicated it might be up to five years before reintroducing a local currency again in Zimbabwe, which suffered from hyper-inflation as the economy collapsed.

“Currency reform is a process. The economic fundamentals are not good and ready for us to have our own currency,” he said, adding: “There is a danger of re-introducing a currency before the fundamentals are met.” — Reuters