No blessings for government that steals from the elderly

As I write this article – looking through my window that faces the street – there are countless smartly dressed gentlemen, ladies and children, eagerly and excitedly purposefully going to their various church services – but, within all that hive of activity, I can not help wondering: just how many of us who claim to be Christian truly have the pure, honest and loving heart that God desires.

Source: No blessings for government that steals from the elderly – The Zimbabwean 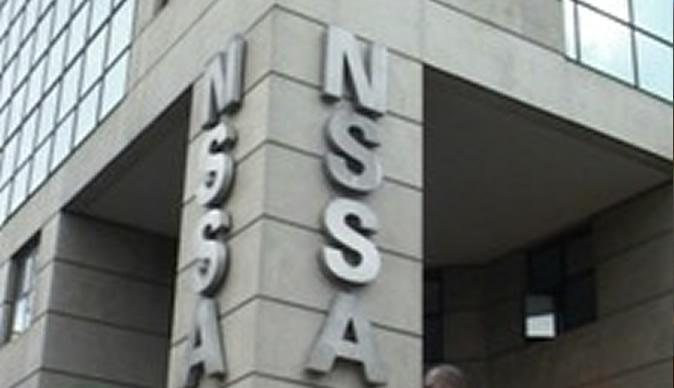 The supremacy of Almighty God, in whose hands our future lies” – furthermore, it is reported that over 90% of Zimbabweans proudly profess the Christian faith.

In fact, one favourite ‘hunting ground’ for most politicians needing to garner support are church organizations, whereby our leaders amusingly suddenly morph into members of whatever Christian denomination they would be attending.

If we are such a nation of passionate Christians, whose leaders never waste time in invoking the name of God whenever an opportunity presents itself, why then are we not guided by the very basic principles that Jesus preached about?

Is stealing not one of those sins that God listed in His ‘Ten Commandments’?

And is the Bible not abound with scripture that deplores all those who ‘defraud widows’, or ‘devour the houses of widows’, and even implores us to ‘look after orphans and widows in their need’.

Actually, does the same God, we claim unquestioned devotion to, not say that He is ‘listening to the poor’, and is the ‘raiser of a lowly one from the dust, from the ashpit He lifts up the poor one’?

This brings me to the troubling issue of the National Social Security Authority (NSSA), that has dogged the headlines in recent days for all the wrong reasons.

When NSSA was established as a corporate body under the National Social Security Authority Act (Chapter 17:04) of 1989, it was mandated for the minister of labour and social welfare to set up ‘social security schemes for the provision of benefits of all employees’.

NSSA was ostensibly established to ‘protest workers and their families’.

However, these same ‘workers and their families’ – who are now mostly elderly and widowed – are living on the verge of abject poverty, as the scheme has dismally failed to provide any meaningful  ‘benefits of all employees’.
Can those in authority explain how giving an elderly man or woman a paltry sum of ZW$60 a month is to the benefit of that retired employee, and protects their family?

No one is blind to the realities of the economic situation that Zimbabweans currently exist under – whereby, a loaf of bread costs $7, cooking oil is $27, mealie meal $33, sugar $20, meat $26 per kg, and not to mention other essentials such as soap, medications, house rentals, electricity, and schools fees for children or even grandchildren (whose parents may have passed on).

Can we then say, with any measure of confidence, that we have a compassionate leadership in place that truly espouses the values of love and compassion, when our elderly, widows and poor are expected to survive – if ‘surviving’ even applies in this regard – on ZW$60 per month?

What kind of a nation are we? What manner of a people are we?

I recall the 30 November 2014 edition of The Sunday Mail newspaper proudly announcing that NSSA was ‘one of few entities in the country to boast a robust revenue inflow’.

Indeed, that was true, as the recently released NSSA Forensic Report by the Auditor General revealed, whereby millions upon millions of dollars – which were meant to ‘protect workers and their families’ – were allegedly looted and siphoned out by the very same people entrusted with ensuring that our elderly, widows and poor never have to financially suffer.

Those that the people of Zimbabwe put in power to protect them ended up being nothing but thieves who shamelessly prey on the defenceless and poor, and ‘seize the widow’s bull as a pledge’.

Even in our childhood we used to read of Robin Hood and his band of merry men who stole from the rich to give to the poor (although, I do not condone any form of stealing) – but, what we witness in this nation of ours – whereby the rich steal from the poorest of the poor  – even leaves the devil feeling outdone and seething green with envy!

What dumbfounds me further is that, before the economic meltdown of October 2018, that NSSA payout of $60 per month was still far below what could be considered livable – such that, even during those days when the local currency was said to be at par with the United States dollar, our elderly, widows and poor were finding it nearly impossible to make ends meet.

Is it then not as clear as day that our authorities have always had  a malevolent attitude towards the most desperate members of our society?

Should the weakest in our midst not be the ones needing the most protection – yet, they are the easy targets for abuse and plunder in the dark hearts of our nation.

We should seriously and honestly search our hearts to see what type of a people we are.

As if that is not enough, the mere process for one to apply and finally start receiving that measly NSSA sum is riddled with obstacle after obstacle – being kicked from one kerb to another, as if those at NSSA are hoping that those applying would give up, so that they are left to plunder the money.

Those who would have been ‘fortunate’ enough – for lack of a better word – to have successfully qualified to start receiving their NSSA payouts (I tried by all means not to use the word ‘benefits’, as they are anything but), have to endure arduous monthly queues at their local People’s Own Savings Bank (POSB) branch just to withdraw ZW$60 – a tearfully painful sight indeed, as one can not help feel the heart bleed, whilst witnessing those elderly men and women, most obviously too sick or old, waiting in those long queues for cash that may not even be enough to cover their bus fares back to their rural homes.

In most cases, there would not even be any cash in the bank, resulting in them being forced to use debit cards, thereby incurring additional charges to their already pathetic payouts.

I put it to the people in authority that those receiving NSSA payouts should actually be some of the highest paid people in the country. Why do I say so?

As such, to whom do these billions of dollars belong to?

Certainly, they do not belong to the minister/government, or NSSA board members – neither do they belong to NSSA itself – but, were invested on behalf of the contributors.

Thus, if there are billions of dollars in NSSA coffers, these are supposed to benefit the workers who contributed – and no one else.

How much, then, should each beneficiary be receiving per month?

Should this figure not be in the thousands of dollars?

Why are the authorities silent in this regard? Are we wrong if we are to suspect further plans to plunder these resources?

…and then we wake up each and every Sunday (or Saturday) morning hurryingly preparing to attend church services – professing to be devout Christians who are guided by Godly values of loving and taking care of our poor and widows!

Oh, ye hypocrites and whitewashed tombs! I think God would cry out!

However, what I know for sure God says that, “He will bring justice to the poor of the people; He will save His children of the needy, and will break in pieces the oppressor”.

In fact, God Himself says, “In your skirts there have been found the blood marks of the souls of the innocent poor ones”.

There are absolutely no blessings for a government and a nation that steals from, and oppresses the poor, elderly and widows – whom we are mandated to protect, love and cherish.

It is time that we become the true people we always profess to be.