No ‘Road to Damascus’ awakening in Zimbabwean politics

Citizens can vote for recycled opportunistic politicians at own risk!

Source: No ‘Road to Damascus’ awakening in Zimbabwean politics – The Zimbabwean 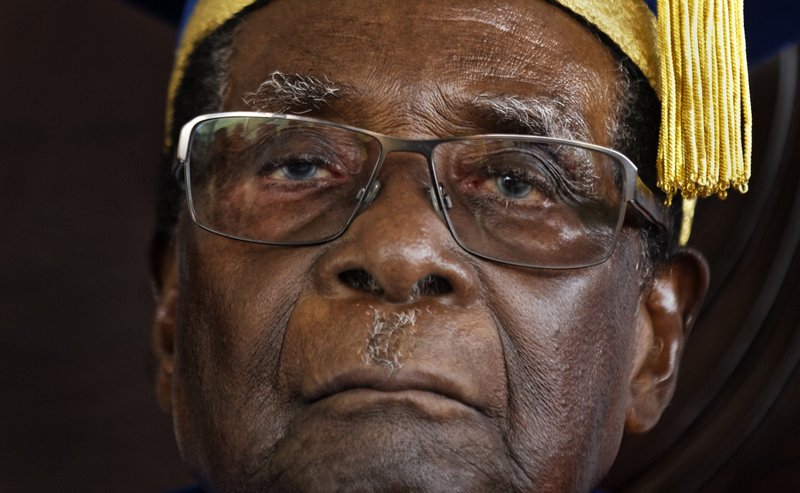 I am not much of a soccer fan, but there is something that I have always found strange – if not downright weird – without anyone able to provide a satisfactory explanation. Why is it that a coach fired from one team on the grounds of incompetence and dismal performance, is immediately hired by another team? What makes this scenario even more queer is that, not long after, the same coach is again fired from his or her new team, on similar grounds of incompetence and dismal performance. Again, within a fairly short time, he or she would be picked up by yet another team!

This maddening circus of the bizarre continues, seemingly perpetually!

In the midst of all these footballing shenanigans, I could not help being reminded of Albert Einstein’s famous saying: “Madness is doing the same thing over and over again, and expecting a different result”.

However, such ‘madness’ is not just confined to the soccer pitch, as we in Zimbabwe have had our fair share of this circus, most notably during the 37-year-old brutal and catastrophic reign of the ousted late president Robert Gabriel Mugabe – who was notorious for his unrepentant and continual penchant for recycling failed and inept cabinet ministers – one of the main reasons that led to the widespread corruption and economic disaster witnessed in this country.

Such a misfortune apparently became a pandemic – quickly spreading, like the plague – to a wider section of the Zimbabwean population, with the resultant incomprehensible celebratory acceptance of the November 2017 coup d’etat – which ousted long-term despot Mugabe, and ushered in the same recycled faces that had been the late tyrant’s right-hand people, largely attributed for his heinous and brutal regime, institutionalized and unfettered corruption, as well as incompetent and chaotic economic policies.

As with the consistently and constantly failed soccer coach, we oddly believed that the coup plotters – who had disingenuously re-branded themselves as a ‘new dispensation’ – had somehow mysteriously metamorphosed themselves into pillars of democracy, and an embodiment of good governance and economic excellence.

However, barely two years down the line, Zimbabweans have learnt the very painful and horrendous – if not lethal – way, that there are never any ‘Road to Damascus’ repentance and transformational moments in this country’s politics.

But, before we all joyously splash ourselves with copious amounts of self-congratuations and self-satisfaction over our newly-found wisdom and enlightenment, is it true that Zimbabweans have genuinely learnt from their past ‘recycled coach syndrome’ malady?

I, unfortunately, harbor a more pessimistic and melancholic view – as recent political rumblings in the country have signaled a continuity of our propensity for never learning from our past mistakes, by rushing into the arms of politicians who have already proven themselves to be no better than those who – previously and currently – have been the authors of our untold suffering and misery by destroying our livelihoods.

We, as Zimbabweans, have a very dangerous and uncanny weakness of easily falling into the depths and death-traps of desperation – due to the immense suffering and hellish livelihoods we have endured in this country – inevitably resulting in the clouding of our senses of judgement and discernment. Such a fatal weakness – characterized by a desperate desire for change – has been the main cause of our erroneously celebrating and acceptance of the recycling of tired and failed political leaders.

Today, we now have another group of people clamoring for the return of Saviour Kasukuwere – a former ruling party political commissar, and government minister, notoriously known for his brutal crackdown of opposition forces (including local government councils), amongst other vices – as our possible saviour (could not resist the pan).

He is also known to be the kingpin for the so-called G40 ZANU PF faction, ousted together with Mugabe – whose wife was the faction’s loose cannon, responsible for the wholesale purging of perceived contenders to succeeding the then ailing nonagenarian leader. Amongst the most notable ‘victims’ of her unrestrained and relentless vitriol were then vice president Joice Teurai Ropa Mujuru who was eventually expelled from both party and government on 9 December 2014, and then her successor Emmerson Dambudzo Mnangagwa who met the same fate on 6 November 2017 – the latter, which turned out to be a catastrophic move that led to the coup d’etat.

The resurgence of Kasukuwere – under the auspices of an outfit naming itself Tyson Wabantu  (Tyson being Kasukuwere’s monicker within his circles) – should be viewed in the same light as all other previous political shenanigans witnessed in Zimbabwe over the past years…a recycling of politicians who claim to have undergone some ‘Road to Damascus’ moment, that suddenly awakened and morphed them from their notorious and vile attributes into Godly angels.

The same mistake we made by embracing the so-called ‘new dispensation’, manned by the very same people who presided over the Gukurahundi savage atrocities in the 1980s (butchering over 20,000 innocent men, women and children in the Matebeleland and Midlands provinces), the 2000s sadistic killing of hundreds of opposition MDC supporters, on top of wanton and shameful corruption, murderous and chaotic land reform, and psychotic economic policies – all of which caused such unparalleled suffering in the lives of this country’s citizens, that will never be erased from our memories.

Can any sane and honest Zimbabwean truthfully claim to have made a very wise and prudent choice in November 2017, when thousands upon thousands of citizens thronged the streets of Harare in a rapacious welcome of the coup d’etat – even having selfies taken with the military, and high fiving them?

If the answer is a resounding and assertive “NO!” – which it should be, considering the intensified and more atrocious political and economic yoke burdening the people of Zimbabwe hardly two years into the ‘new dispensation’ – then why would we apparently be so eager to make another grave mistake, by welcoming Tyson Wabantu?

Have we already forgotten what the country went through under the people fronting this outfit – similar to the coup plotters – who were an integral and inseparable part of Mugabe’s tragic misrule?

Are the people of Zimbabwe willing to undergo the same mistake as in November 2017? Do we ever learn?

As if this insanity was not enough, there are even those wishing for another coup d’etat – this time premised on unconfirmed reports of the development of a huge and irreconcilable wedge between Mnangagwa and his vice Constantino Guveya Chiwenga (the former commander of the Zimbabwe Defence Forces, who spearheaded the ouster of Mugabe, and is widely believed to have the backing of other military commanders).

The fact that there was no one from both government and ruling ZANU PF party to welcome Chiwenga on his return from his four month medical stay in China, did not help quell the rumours.

Regardless of all the recent show of unity and warm friendship between Mnangagwa and Chiwenga, history has taught Zimbabweans never to take anything at face value – as even in the midst of the coup d’etat in November 2017, whilst Mugabe was reportedly under house arrest, the military continued to refer to him ‘endearingly’ as the “Commander-in-Chief of the Zimbabwe Defence Forces, and head of state and government of the Republic of Zimbabwe His Excellency President Robert Gabriel Mugabe”!

Those who are praying and hoping for another coup d’etat are no different from anyone else who still suffers from the ‘recycled coach syndrome’, as they clearly have not learnt anything from the gruesome history of our military’s involvement in our beloved country.

There are no shortcuts in resolving this country’s seemingly unending and ever-worsening tribulations – which were caused by the very same people we strangely and frighteningly keep running to for salvation.

We, as the people of Zimbabwe – with our avowed and proud educational prowess – should have no problems seeing through all these shenanigans as merely a continuation of long-running ZANU PF factional fighting, that have absolutely nothing to do with our welfare and wellbeing.

If the events of the past two years have taught us anything, those in power will never ever even attempt to prioritise the interests of the people ahead of their own – even if it was just a sham to garner our support in their factional fighting. These politicians have repeatedly proven beyond any reasonable doubt that they do not care, and will never care, about the ordinary person on the street. If anything, each wave of ‘new old dispensation’ is worse than the previous one.

The only solution for this nation – and its future – is for the people themselves to unite and band together in fiercely demanding genuine democratic and electoral reforms, that will enable us to freely choose our own leaders. Leaders who are truly new, who do not have any unsavoury track records of corruption, and human rights abuses. Leaders who tolerate dissent and even encourage democratic criticism and competition. Leaders who can show, through their life experiences, to have the genuine interests of ordinary people at heart – without any ulterior motives – and who have proven to be success-driven.

This entails our resoundingly and unequivocally supporting each others’ causes as the people of Zimbabwe.

We now need to resolutely stand together by realizing that none but ourselves can free ourselves. The only remedy to the problems bedevilling us, as the ordinary suffering people of Zimbabwe, can only be found from within us – as no one else is there for us. We are all alone.

Our brothers and sisters in the Southern Africa Development Community (SADC), and African Union (AU) have long since betrayed the spirit of the liberation struggle – where the hopes and aspirations of the ordinary people, and their fight against brutal and oppressive regimes, came first. These organizations have degenerated into mere leaders’ clubs for the corrupt and incompetent.

Unless and until we realise and accept that repeating the same thing – of running to the very same people who destroyed our lives – and expecting a different result is rabid madness – then there will never be any hope for us. There is never any ‘Road to Damascus’ moment for these people, as they have proven that they are an inherently corrupt, self-centred, heinous, and incompetent lot.